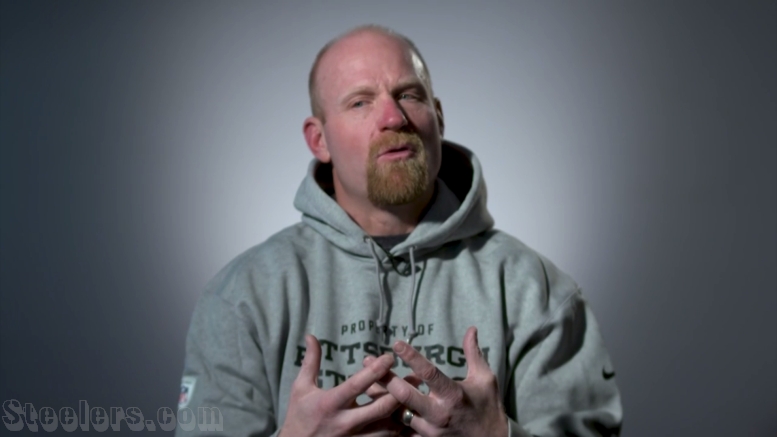 I think that great defenses—great teams in general—are made up of people like Chris Hoke. I say people, rather than players, because Hoke brought a lot to the table outside of what he delivered on the field for the Pittsburgh Steelers as well.

Considering the fact that he only started 18 games over an 11-year career, the guy is awfully well-known, and awfully popular, but he drew people to him both on and off the field. Hoke, the backup nose tackle to Casey Hampton throughout his career—or at least from 2004 to 2011—was a player who just did everything the right way.

But it was never easy. Coming in as an undrafted free agent, and, especially at the time, undersized as a nose tackle, he had a hard time getting noticed and trying to make the 53-man roster. And even when he did, he spent years pretty much not dressing.

“When you come in the coaches don’t have any expectations”, he recently told the team’s website during his participation in their Legends Series of interviews. “There might be one or two guys that come in that possibly make the team, or the practice squad. But you are a guy to fill up the depth chart so the starters don’t take all of the snaps. They take three or four then come out, and then go back in. You are a guy to fill up that 90-man roster”.

Though the term ‘camp body’ is an ugly one, there is still a certain truth to it, and it’s probably hard not to feel that way in Hoke’s position. “When you come in you really have to catch someone’s eye”, he said. “You do that by being consistent week-in and week-out, day-in and day-out, practice after practice. It is intimidating because you aren’t given the benefit of the doubt”.

“With an undrafted free agent, there is, ‘can Hokie do this or is it too much for him?’ You really have to prove the nay-sayers wrong”.

One of those naysayers is always John Mitchell, the Steelers’ defensive line coach, but Hoke later learned that he is hard on everybody, including guys like Aaron Smith and Cameron Heyward. “then you come in as a young guy, you think I am the only guy that I am treating like this”, he said. “You realize it’s not like that after you are here for 11 years. When I came back as an intern and coached for two years, that’s when you realize that’s how he treats everybody”.

He had a key to his success, though: good old-fashioned work ethic. “Nobody outworked me”, he said. “If you talk to Coach Mitchell, the guys I played with, they will tell you I studied. I was one of the first guys on the field before practice, one of the last guys to leave. I was methodical in my approach”.

“I had to love it, every ounce of football in order to make it”, he went on. “I wasn’t the biggest, strongest, fastest guy. I will admit that. But nobody outworked me, nobody out-prepared me. That’s what helped me survive for 11 years”.