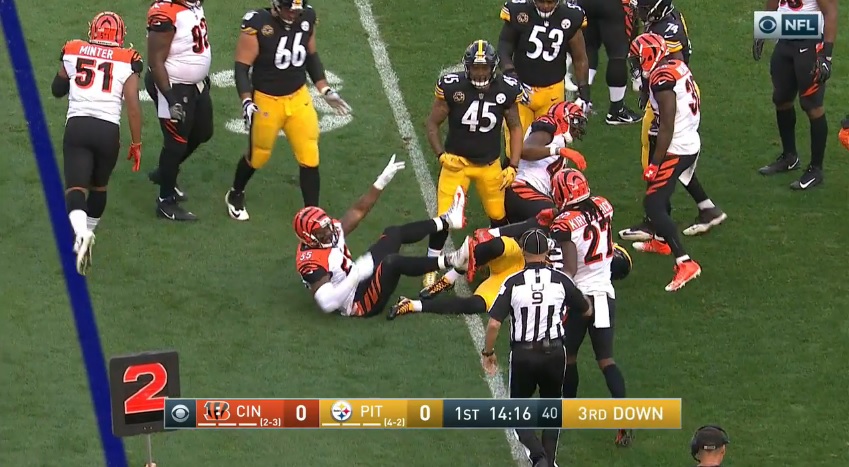 Vontaze Burfict, one of the league’s dirtiest players, is back under the microscope. We could reference a couple plays he made in Sunday’s loss to the Pittsburgh Steelers but one that came early in the game sticks out. In the first quarter, at the end of a Le’Veon Bell three yard run, it appears Burfict kicked FB Roosevelt Nix in the face. Take a look in slow-motion.

Burfict appeared to take offense to Nix finishing his block at the end of the run. There was no flag on the play.

After the game, Le’Veon Bell said he believes Burfict kicked him. We don’t have the full quotes yet but Dave Bryan has tweets from Bell’s interview with the media.

Bell says Nix got kicked in the face #Steelers

Bell said Nix not happy about Burfict kicking him #Steelers

Burfict has already been suspended once this year after an illegal preseason hit on Kansas City Chiefs’ fullback Anthony Sherman. And we know Burfict’s lengthy suspension and fine history. Another one could be in order, and probably deserves to be, after this week.