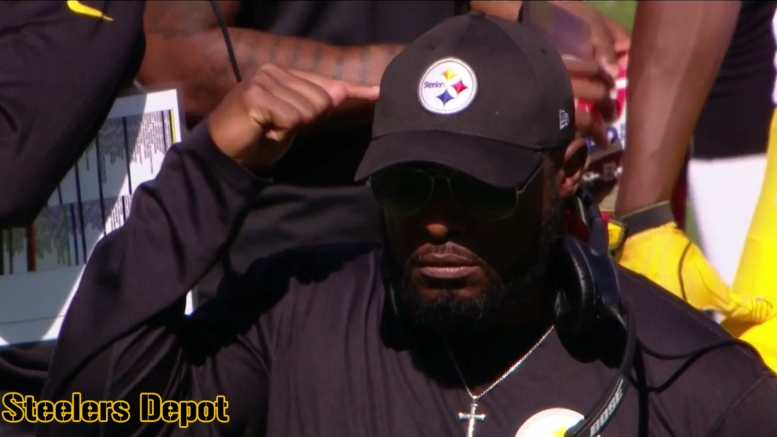 There is chaos and turmoil in Pittsburgh these days. But if you ask Pittsburgh Steelers Head Coach Mike Tomlin, it’s not coming from his locker room, or anywhere in the UPMC Rooney Sport Complex. It’s just coming from the fan base, which is freaking out after the defense let another team run on them, the offense failed to get in the end zone, and Ben Roethlisberger lost more hubcaps than he entered the game with somehow.

The Steelers are unhinged, unravelling, out of control. Right? How else could you possibly account for an accurately describe all of this?

Outwardly, it is certainly not difficult for an onlooker to draw such a conclusion from the available evidence. But Tomlin remains unfazed. All they really need is to do a better job than they have been doing. That shouldn’t be too difficult.

“We just got to get better”, he said during his press conference yesterday while addressing questions about what is wrong with his team. “I’m not throwing up a white flag. I’m not panicking in any form or fashion. It wasn’t good enough. We’ve got work to do”.

He has been preaching lessons of level-headedness since he began his tenure as the coach of the Steelers, to such a point that his aphorisms have become clichés about the standard being the standard and avoiding the perils of riding the emotional roller coaster.

Mere Tomlinisms, however, will not shield the team from schism and turbulence any more than it will ward off outside criticism. They know this, of course. When you have former Tomlin players like Ryan Clark coming out and accusing the locker room—or certain players—of being about themselves and not team players, that is frankly going to get noticed.

Right now, the Steelers are not offering a compelling reason for many to buy into the ideas that there aren’t divisions in the locker room and that Tomlin is beginning to lose a team that is slowly unraveling. It’s a hard sell right now, to be sure.

But you know what can sell pretty much anything? Winning. Just win, and the rest will resolve itself.