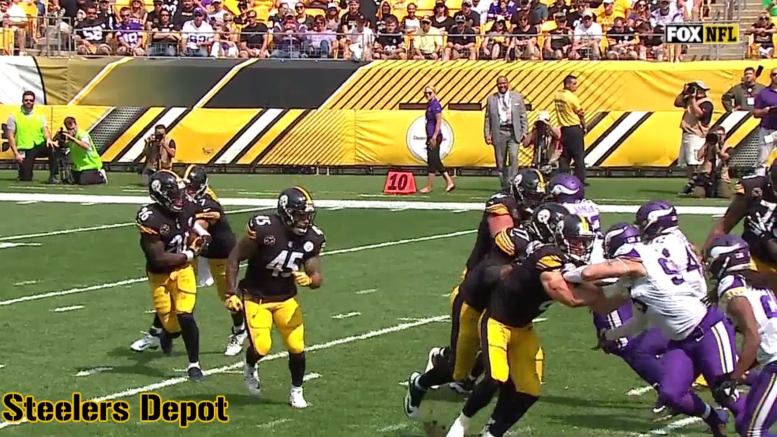 Fullbacks have gone the way of the dodo. Extinct. Just don’t tell that to the Pittsburgh Steelers. They’ve flipped the script and are using a fullback more than they have in years. In Sunday’s win over the Bengals, Roosevelt Nix played a season-high 22 snaps, each one seemingly more effective than the last. Mike Tomlin was asked about Nix’s use and success and offered a glowing report.

“I know he’s elite and important for us,” Tomlin said Tuesday. “He’s an important component for us…I’ve been pleased with his contributions here. I can compare his contributions to other fullbacks we’ve had here in recent years. And it’s impressive. He’s an asset to us.”

Nix helped pave the way as the Steelers ran the ball for over 140 yards in the win over the Cincinnati. Playing angry after getting kicked in the face by Vontaze Burfict, he wore down the Bengals’ defense so much that by the fourth quarter, they weren’t nearly as aggressive or physical.

“Every time he had an opportunity to go ISO with 55 [Burfict], he did what he did. He had a great game and that’s why he’s the best fullback in the world,” Bell said after the game.

Ron Cook shined a spotlight on Nix Monday, painting a picture of an unassuming guy who is just happy to be on a team and help them win.

“I’m in it for the team,” Nix told Cook when asked if he would like to get more touches in the offense.

So far, Nix doesn’t have a catch or carry on the season. He has four career catches, two apiece over the past two seasons, and has yet to run with the ball. But Ben Roethlisberger said they “got some things for him at some point.” Nix has lined up as the lone man in the backfield on at least one occasion, with Le’Veon Bell split out, but Roethlisberger ran playaction.

Nix has continued to be a special teams standout, cutting his teeth there ever since converting to fullback when the Steelers signed him. His play in the win over Kansas City earned him the special teams captain nod for last Sunday.