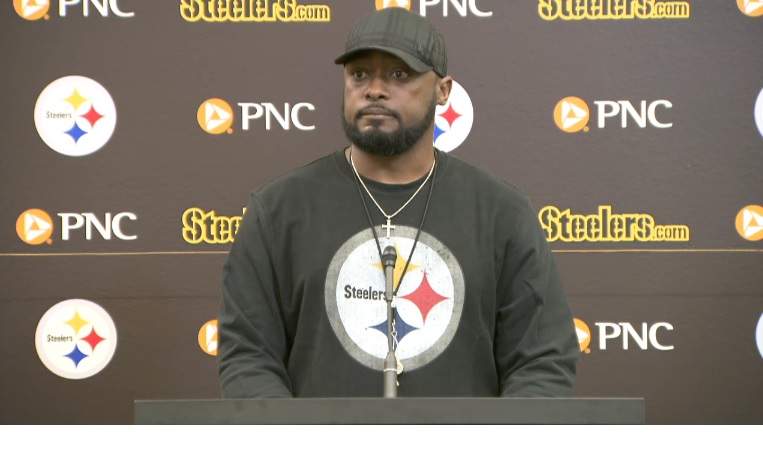 While the 5-2 Pittsburgh Steelers are currently the top-seeded team in the AFC entering Week 8 of the 2017 NFL season, it’s not hard to see that the team still needs improvement in some key areas with a lot of those being related to situational football.

For example, the Steelers offense has converted just 32 of their 89 total third down opportunities through seven games played and just 11 of 26 trips inside their opponent’s red zone area have produced touchdowns. During his Tuesday press conference, Steelers head coach Mike Tomlin openly addressed those offensive problems during his weekly press conference.

“And really, I think we had this conversation a couple of weeks ago and I wasn’t ready to have a global discussion regarding some of these things. Often times you can overreact to one performance when it’s in a body of maybe four other performances, but now when you get to seven performances, there’s enough there to acknowledge it.”

While the Steelers offense certainly has had its fair share of situational football problems through seven games played, the team’s defense has also struggled at keeping opposing offenses out of the end zone once they get into the red zone. If fact, opposing offenses have scored 10 touchdowns out of 16 red zone trips against the Steelers defense in the first seven games of the season. Tomlin acknowledged that’s a problem as well on Tuesday.

“We’ve got to be better on the defensive area red zone play as well,” Tomlin started. “We’re one of the worst teams in the NFL in the red zone on defense as well. Thankfully, in both instances, offensively we’ve gotten down there a bunch and our failure hasn’t been highlighted because we’re getting down there a bunch and Boz [Chris Boswell] is kicking field goals. And by the same token, defensively, we’re losing too many of them, but we haven’t let a lot of people down there so the percentage isn’t necessarily impactful in terms of the outcome of the game. But we’ve got to get better on offense and defense in that area.”

Sunday night the Steelers will play their eighth game of the season on the road and it will be against the 3-3 Detroit Lions. The Lions defense has allowed a third down conversion rate of 35.14% through six games (8th best in NFL) and a red zone conversion rate of 61.11% (24th ranked). Additionally, the Lions offense has converted 60% of their red zone trips into touchdowns through six games played and that is tied for fifth-best in the league.