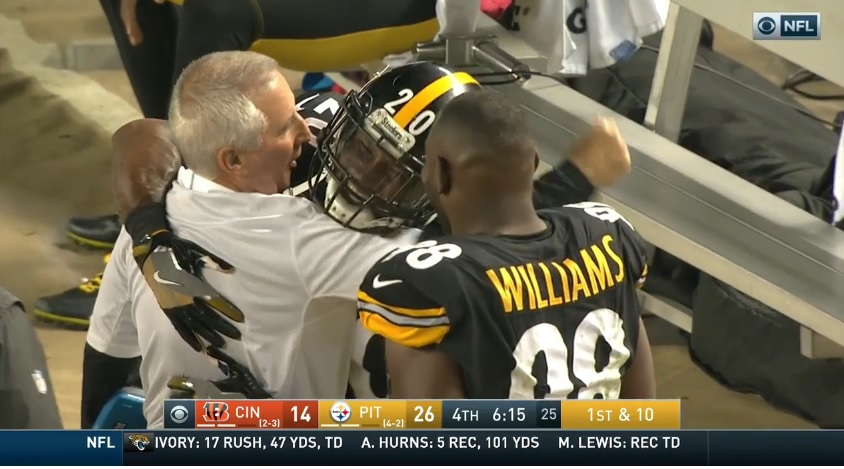 Yesterday’s biggest play didn’t come from Ben Roethlisberger, Antonio Brown, or anyone on the Cincinnati Bengals. It came from the most unlikely of places – reserve safety Robert Golden. Golden fired a 44 yard completion to Darrius Heyward-Bey late in the fourth quarter, a play that honestly sealed the win for the Pittsburgh Steelers.

Those types of plays don’t just happen. They’re planned, repped, and ultimately executed. Talking about the fake after the game, the Steelers said they knew going in it was a play they might use.

Golden said in film review leading up to the game, they watched the Bengals be aggressive and leave gunners uncovered.

“A lot of teams try to show that look on film,” he said via Steelers.com. “We saw them doing it last week versus Buffalo. And we knew we may have an opportunity to do it. And when the opportunity presents itself, the coaches have the confidence in me to run it. And we were able to execute it.”

“Danny Smith, our special teams coordinator, and Rob Golden just did a great job seeing what they were doing. They told me to alert for it. And at the end of the game, it showed up and Rob G threw a perfect ball.”

As Dave Bryan pointed out yesterday, the Golden did the same thing once before. Against the Cleveland Browns back in 2014, he hit an uncovered Antwon Blake down the left side for a first down. The same story played out yesterday. As you probably saw live, the Bengals left DHB alone, creating the alert for the fake. 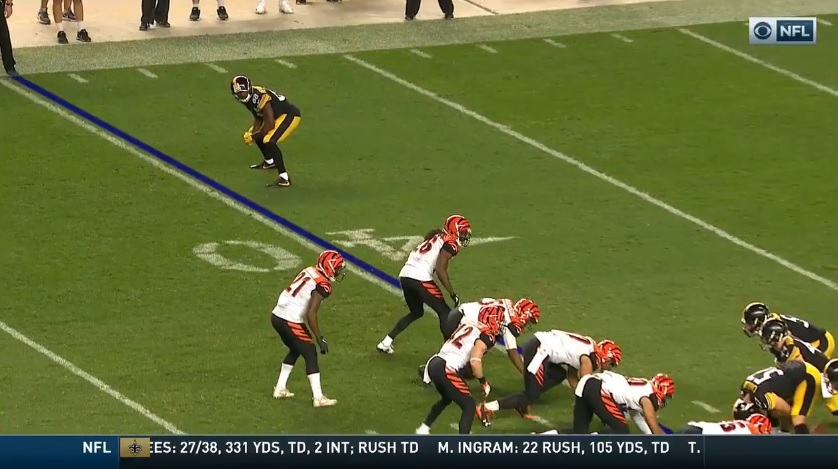 It was a risky play in that if it didn’t work, the Bengals would have the ball with great field position in a two-score game. But it was the right look, right design, and a play the Steelers say always work on. When it comes together perfectly, it looks how it did Sunday. And you get that big bear hug from Danny Smith.