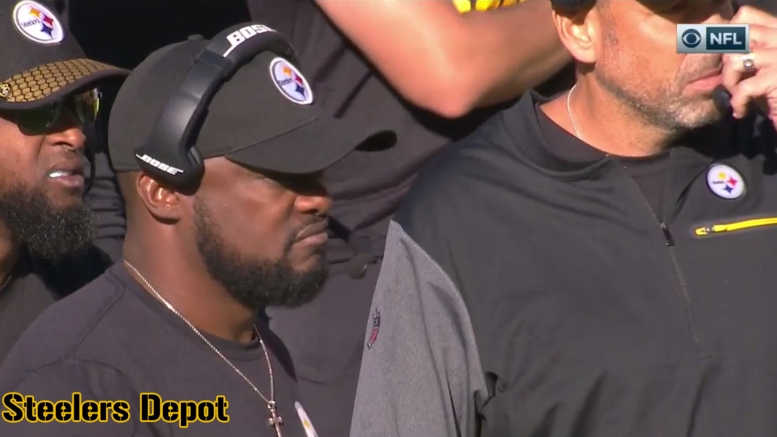 With all the talk of this and that, I wrote prior to yesterday’s game that the only thing that could possibly stop all the drama would be to start the winning. The Pittsburgh Steelers went into Kansas City and took with them back to their home field a victory—and then of course we got reports of trade rumors.

But let that not distract us from the broader picture. The Steelers are sitting at 4-2 right now, while every single other team in the AFC has already lost at least two games except for the team that they just handed their first loss yesterday. And they are the only team in their division with a winning record.

Believe it or not, there are just two teams remaining already who have not lost at least twice. Aside from the Chiefs, Philadelphia’s victory over the Panthers on Thursday—who also entered that game with one loss—gives the Eagles a 5-1 record.

So some perspective tells us that being 4-2 at this point is about as good as it gets, and the Steelers just beat the thing that was supposedly better. The only other 4-2 team in the AFC is the Patriots, and they have looked quite beatable this season.

The only other 4-2 teams are all in the NFC, with the Packers and Vikings—neither of whom have a settled quarterback situation—in the North and the Panthers and the Rams in the South and West. That is in addition to the Eagles at 5-1, of course.

Through the first six games of the season, the Steelers have now been 4-2 at this point for three consecutive seasons. In the previous two instances, they have won the AFC North and advanced to at least the Divisional Round of the playoffs.

This is the eighth time in 11 seasons that Head Coach Mike Tomlin has led his team to a record of at least 4-2 at this point in the regular season, and has only bettered it twice—in 2008 and in 2010, the years in which they advanced to the Super Bowl.

And in each of those cases, they lost their second game before winning their sixth, so if the Steelers win next week over the Bengals, then they will tie the best start that they have ever had under Tomlin through their first seven games. They have gone 6-2, though, multiple times.

The Steelers are, at the moment, in about as good of standing as one could hope when it comes to the AFC North. While Cincinnati, their next opponent, was on a bye, both the Ravens and the Browns lost. Cleveland is now 0-6, while Baltimore dropped to 3-3, having already lost a game to the Steelers.

I don’t think that anybody could fairly try to make the argument that Pittsburgh is playing its best ball, though the running game may be close to it. But they are still good enough right now to keep winning games. The week eight game in Detroit will be a challenge, but they are in good shape to try to make it to the bye week with a 6-2 record.