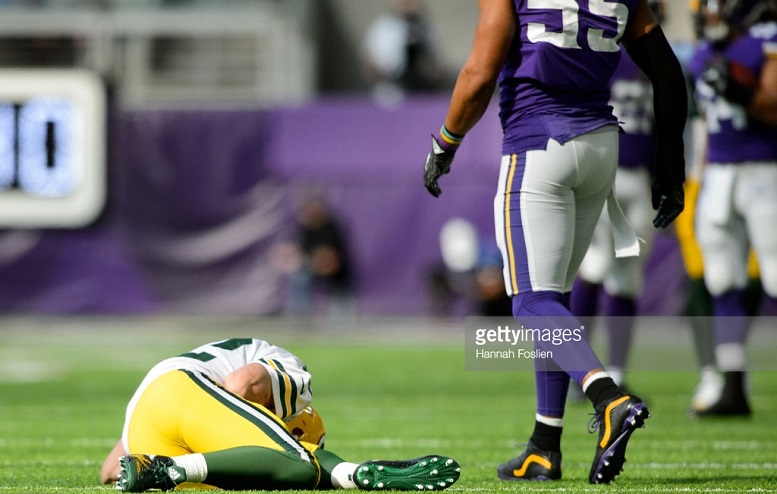 Serious injuries are always going to be a part of football and on Sunday one NFL team suffered one that will likely alter the remainder of their season.

Green Bay Packers quarterback Aaron Rodgers suffered a broken collarbone early in his team’s Week 6 Sunday game against the Minnesota Vikings and it was reported a short time ago that he will undergo surgery soon to repair his injury. He is expected to miss significant time and could be out the remainder of the season.

Heading into Sunday’s game the Packers were one of a few NFC teams expected to compete for a championship this season. Now that he’ll be out for an extended amount of time the Packers will be lucky if they just make the playoffs.

Rodgers injury now means the Packers will likely have a different quarterback under center when they play the Pittsburgh Steelers in Week 12 at Heinz Field. That game, along with the one against the New England Patriots in Week 15, were previously viewed as the toughest ones on the second half of Steelers schedule entering Week 6.

On a related note, the Detroit Lions, who will host the Steelers in Week 8, also lost a key offensive player on Sunday to an injury. As of Sunday, Lions wide receiver Golden Tate is now dealing with an AC joint sprain in his shoulder and will miss “a few weeks,” the NFL Network reported Monday. The Lions, however, are on a bye this week, so we’re unlikely to get an update on Tate until this same time next week if not later.

The Steelers are currently one of the most-fortunate teams through the first six weeks of the 2017 regular season when it comes to injuries. While several of their players have already missed games due to injuries this season, tackle Marcus Gilbert is probably the only one right now in jeopardy of missing future games as he re-injured his hamstring in the team’s Sunday road win over the Kansas City Chiefs.

While Steelers inside linebacker Vince Williams also failed to finish Sunday’s game against the Chiefs due to a hip injury, he has since indicated that he’ll be fine. At most Williams might miss a game or two.