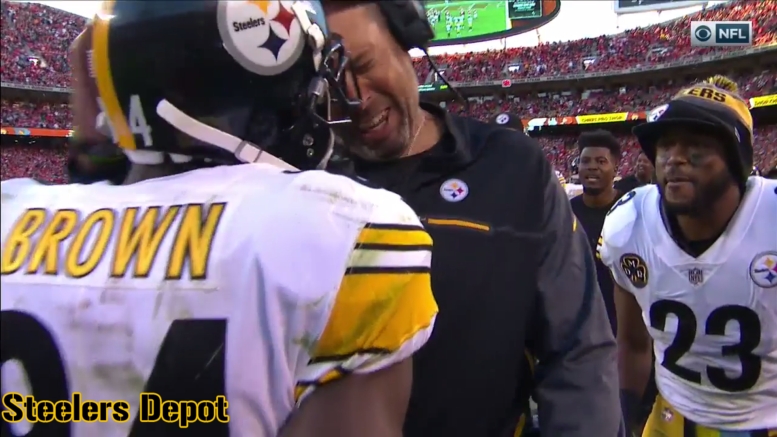 The Pittsburgh Steelers offense this season has not earned itself the greatest reputation in the world. They have at the very least thoroughly underachieved so far, particularly struggling in recent weeks to capitalize on opportunities inside the red zone. Their ability to convert on third down has also bordered on disgusting at times.

Similarly, the analytics website Pro Football Focus doesn’t exactly have the best reputation around these parts, either, especially when they move from statistics to analysis. So I’m sure most will take what I am about to write about with couple shakers full of salt.

Nevertheless, I feel it is worth at least mentioning that the site currently has the Steelers’ offense ranked as the fourth-best in the league, behind only the Falcons, the Buccaneers, and the Patriots. Behind them, and rounding out the top 10, are the Chiefs, Saints, Titans, Eagles, Packers, and Jets.

Of the group, the article reads, “the Steelers offense hasn’t been the unstoppable force it looked like it might be heading into the season, but they have played some very high level defenses. They were able to put up 26 points against the Minnesota Vikings, but they have also run into the Chicago Bears and the Jacksonville Jaguars”.

Statistically, both the Vikings and the Jaguars rank in the top five—along with the Steelers—in scoring defense, while the Bears rank a respectable 13th. Chicago is also at or near top-10 levels in both rushing and passing defense, being one of the better teams in both aspects in limiting big plays.

“In recent weeks”, the article goes on, “Le’Veon Bell looks back to his best in the backfield and that immediately transforms this team’s prospects. With one of the best offensive lines in the game they have an excellent platform for success”.

It is kind of funny, and telling, that the entire entry did not even mention Ben Roethlisberger or the passing game. They did credit Antonio Brown with the highest-graded player on the unit—Jesse James was the worst by a pretty comfortable margin—but it is a bit eye-opening to see it not even discussed.

Of course, for the majority of the past 17 games, including the playoffs, dating back to the last season, the Steelers have focused far more on running the ball than passing the ball, so an emphasis on the run game is really not without merit at all.

Roethlisberger has only attempted 26 or fewer passes in each of the past two games, while Bell has run the ball at least 32 times. There are no obvious signs to me that today’s game should see a departure from the emphasis on the running game today in Detroit, either.