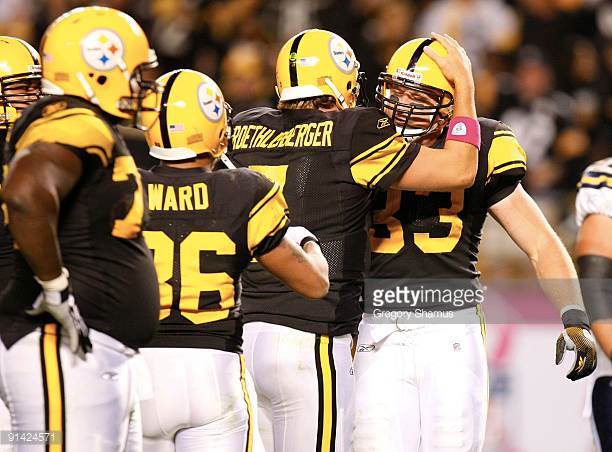 This topic, admittedly, doesn’t have much to do with the Pittsburgh Steelers’ current standing. But it brought back some Wednesday afternoon nostalgia. Speaking with reporters earlier today, Ben Roethlisberger was asked if he’s found a chemistry with another receiver similar to what he had with Heath Miller.

Diving into his answer, Big Ben talked about how much Miller meant to him and the offense.

“You develop that relationship with Heath over years and years and practices. Plus the type of player and person he was. I’ve said many times probably the best teammates I’ve ever played with and one of the best men I’ve ever known in my life. Those things all combine to becoming a great football player and comfort for me.”

Miller retired after the 2015 season, a surprise to us on the outside but not to those in the locker room. In 168 games, Miller never missed more than two games in a season, he caught 592 passes for 6569 yards and 45 touchdowns. He came into the league just one year after Roethlisberger, a first round pick out of Virginia, and was the second leading receiver in receptions and touchdowns his rookie year.

Big picture, the conversation centered around Roethlisberger’s comfort with Vance McDonald. Sunday, Ben said he had all the confidence in the world in McDonald, who recorded his first catch, and noted the offense needs to get him more involved.

“I think he’s got a lot of confidence,” Roethlisberger said today of McDonald. “He’s learning the offense every day.  Getting more and more reps. More practice time, more communication with me. So I’ve seen steps every day, every week.”

Jesse James has 18 receptions on the year though he was shut out against the Kansas City Chiefs. He’s been quiet since his two touchdowns in the opener but either him or McDonald will have to do their best Heath impersonation the rest of the way.