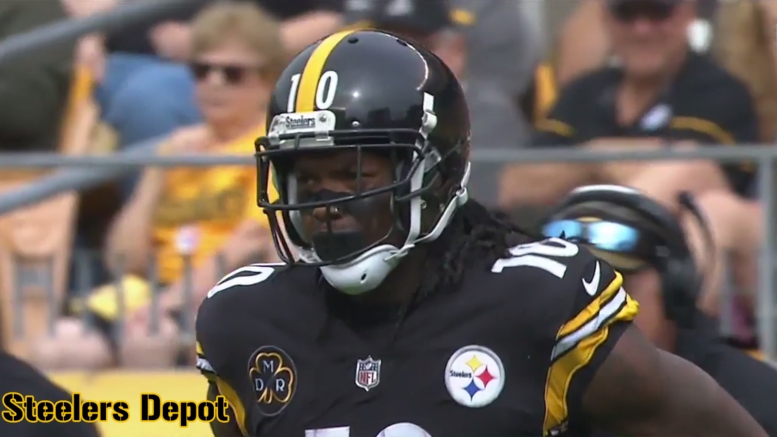 The Pittsburgh Steelers have made it clear the last few weeks that they’re not trading seemingly disgruntled wide wide receiver Martavis Bryant but even so, that reportedly hasn’t stopped NFL teams around the league from calling about his availability just the same.

According to a Sunday morning report by Ian Rapoport‏ of the NFL Network, contending NFL teams have recently called the Steelers about possibly acquiring Bryant via a trade

“They have not said yes, yet, but keep an eye on this and I’ve been told that the Patriots we’re among the teams that called on Bryant during the draft,” Rapoport said Sunday morning.

Bryant, who had a social media outburst Sunday night following the Steelers Week 7 win over the Cincinnati Bengals, told Josina Anderson of ESPN on Monday that he wants the Steelers to trade him prior to the league’s October 31 deadline if they don’t have plans to increase his role in the offense. On Tuesday, Steelers head coach Mike Tomlin told the media that Bryant isn’t available via trade because the organization already has too much invested in the wide receiver.

Tomlin told Bryant this week that the wide receiver won’t play Sunday night against the Detroit Lions presumably as punishment for his Sunday night Instagram outburst that included him saying that he’s a better player than rookie wide receiver JuJu Smith-Schuster. After the Steelers Week 9 bye week, however, Bryant is expected to be allowed to resume dressing for games.

In short, while there may indeed be a few teams interested in trading for Bryant, it really would be surprising to see the Steelers deal him prior to Tuesday’s deadline.