Big, if not strange, news out of Pittsburgh tonight. NFL Network’s Ian Raporport tweeted out moments ago that WR Martavis Bryant has requested a trade.

It’s unclear why Bryant is unhappy and Rapoport doesn’t go into specifics. It could be a lack of playtime. Bryant has been out-snapped by rookie JuJu Smith-Schuster each of the last three weeks and I believe the same held true for today’s win over the Kansas City Chiefs.

It’s worth pointing out this is the same Ian Rapoport that said in 2013 Ben Roethlisberger requested a trade. That was obviously proven to be false. I’m sure you remember this.

#Steelers sources expect Big Ben to ask them to explore trade options after 2013. They fielded offers for him last offseason. Could again

On Sunday, Bryant caught just two passes for 27 yards. For the year, he has 17 catches, 231 yards, and one touchdown.

UPDATE: As many readers have pointed out, a woman who says she is Bryant’s girlfriend vented frustration during today’s game about his lack of playtime. 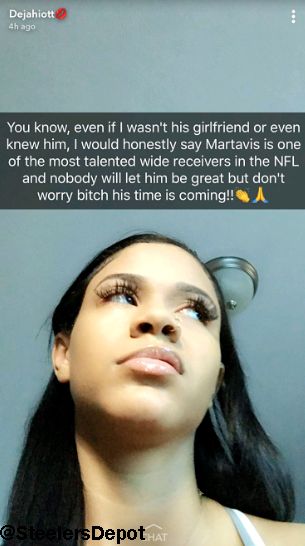 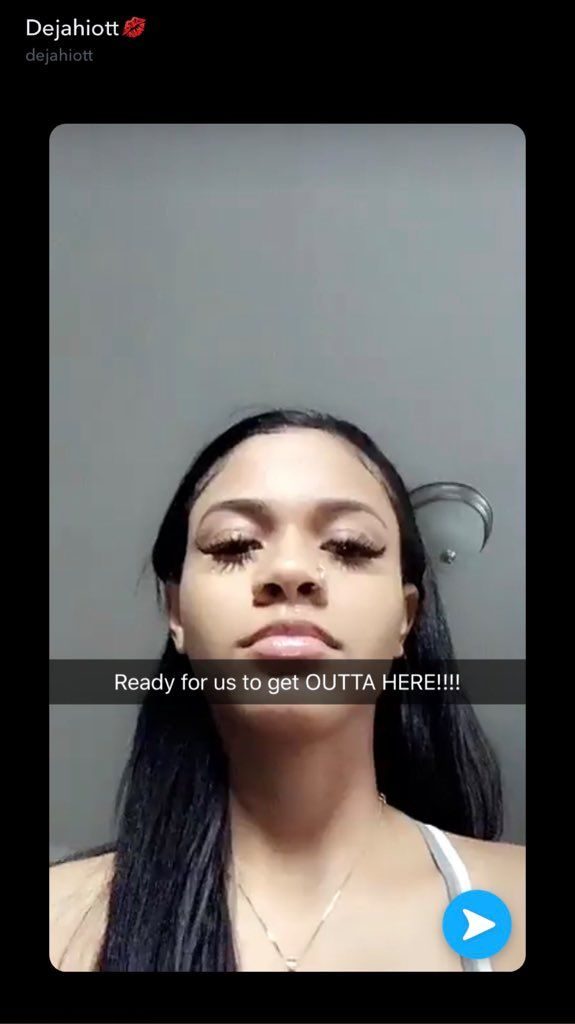 Bryant’s girlfriend also tweeted (then deleted, screenshot below), this moments ago. 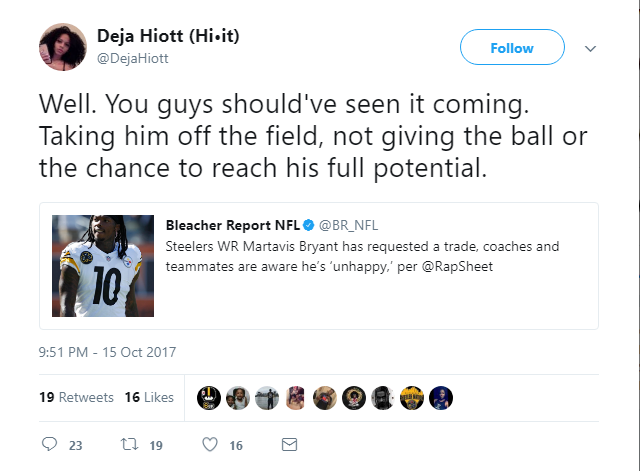