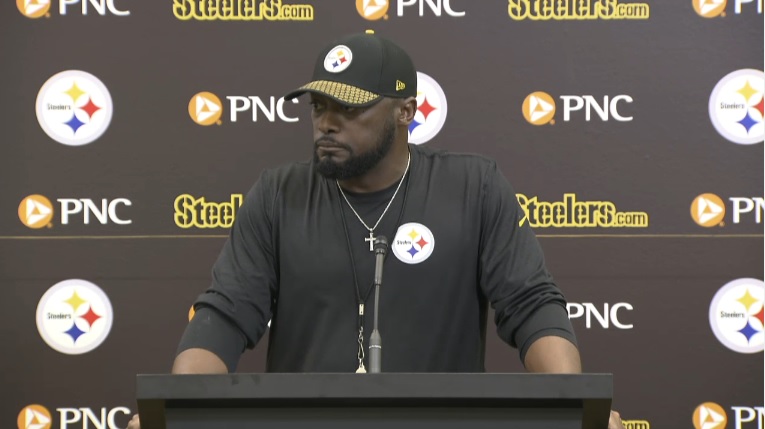 Very few people sporting a Pittsburgh Steelers’ uniform had a good outing in Sunday’s blowout loss to the Jacksonville Jaguars. That included Mike Tomlin, whose timeout decisions were curious at best. The same could be said for his two challenge flags, the Steelers losing both, and costing the team two more timeouts. Tomlin explained his logic for each at today’s press conference.

He told reporters he alone made the decision to challenge each call, not relying on information he got from someone in his ear. That was based off his vision for each play. The first, challenging the spot on a 3rd and 4 completion that was ruled a first down. The call stood upon review.

“I went with both of those,” Tomlin said. “Very rarely will I challenge a line to gain unless there’s visually a line to gain. I was standing on the yard marker, it was maybe the 40 yard line. There was a white line. When the line to gain is a line, that’s the only time I will consider challenging a spot. Because now, the visual evidence required to flip, you probably have a better shot in terms of seeing something definitive. I was standing on the line, I didn’t think he got the line to gain, I was extremely confident in it. I challenged it. I didn’t win the challenge.”

That cost the Steelers their first timeout with under five minutes to go in the second half.

The second challenge came on an Antonio Brown incompletion late in the fourth quarter. It seemed clear the ball grazed the ground and the Steelers predictably lost the challenge. Tomlin said the same thinking went into asking the refs to look at it.

“I challenged it under again the same circumstances based on what I saw.”

Dating back to last season, Tomlin has lost five of seven challenges, including those two on Sunday. Those two were the first of 2017. His last win came in the AFC Wild Card game a year ago, overturning a call that led to a Le’Veon Bell touchdown.

Sunday was his 64th career challenge in his 11 year coaching career.