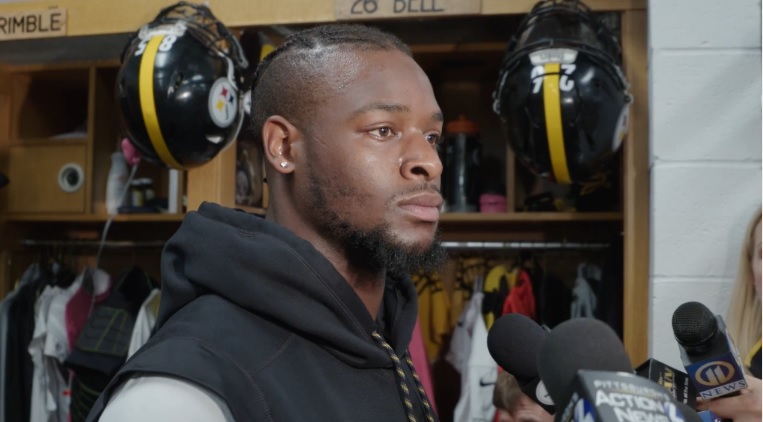 Le’Veon Bell, like the rest of the Pittsburgh Steelers, was at a loss for words for how the Steelers got blown out at home, the worst home defeat under Mike Tomlin.

Much has been made about the lack of a rushing attack against a Jacksonville Jaguars’ defense that ranked last in the NFL. From what Bell told the media, that fire is only going to be stoked.

Speaking with reporters via Steelers.com, Bell was asked if the gameplan was to come out and run the football.

“No,” he replied, without further elaboration.

Bell did not say nor was he asked what the gameplan was so it is hard to tell what exactly was Todd Haley’s plan of attack.

Before the game got out of hand, after the second pick six that made it 23-9 late in the third quarter, the Steelers threw the ball 35 times and ran it 13 with Bell. That’s throwing it over 72% of the time, a number I’m sure fans – justifiably – will say is too high.

There is some context to that number. The Steelers ran plenty of screens and still found ways to get the ball in Bell’s hands as much as possible. He touched the ball 10 times, 15 carries and 10 catches. Couple that with Antonio Brown’s 10 receptions too and they combined for 66% of the overall touches.

Which might be the scariest part of all. It’s not like the Miami Dolphins loss last season, a game where Bell and Brown combined for only 20 touches. They nearly doubled that number yesterday and still came up not just short but blown out at home.

The Houston Texans racked up 34 points with a rookie QB and Lamar Miller averaged close to five yards per carry against the Steelers next opponent, the Kansas City Chiefs. Pittsburgh will be on the road at the always-difficult Arrowhead but there’s no more time for excuses. The Steelers have the talent, and the opponent, to move the football effectively.