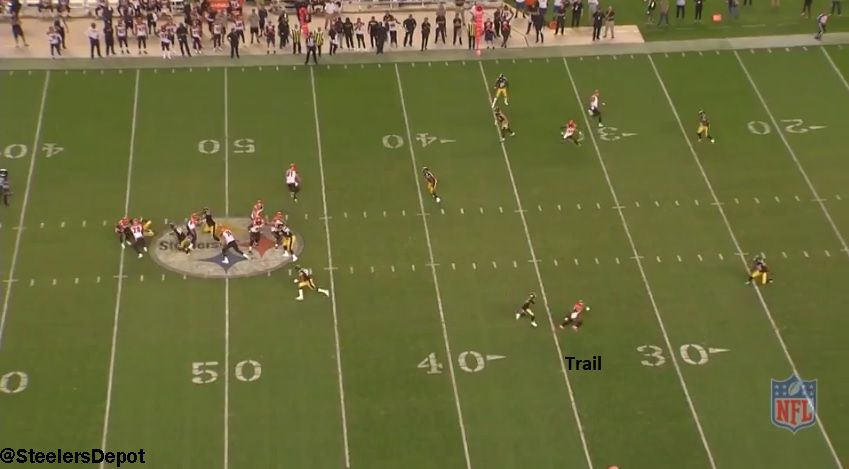 The Pittsburgh Steelers didn’t contain, didn’t slow down A.J. Green Sunday. They shut him down. He finished the day with just three catches for 41 yards, all coming in the first half. By halftime, the Steelers improved their communication and dominated the rest of the way. The Steelers could do no wrong, the Cincinnati Bengals nothing right.

As we’ve mentioned before, take away Green and you take away a Costco-sized bulk of the Bengals’ offense. There simply aren’t enough weapons on this team. So the Steelers set out with that gameplan in mind and executed at the highest level.

Today, let’s look at several examples of how they did it. It was nothing fancy. Press him at the line and bracket the living heck out of him. The theme being have the corner trail underneath either in 2 Man or a combination coverage. What makes that even more effective are the wide splits the Bengals kept putting Green in.

The weakness of 2 man or any bracket coverage is the out-breaking route. Safety is over the top, cornerback is taking away anything inside. So a strong throw to the outside is the best answer. But when the WR is split out so wide, so close to the sideline, there’s no way he can run an out-breaking route.

Let’s look at an example. Green lined up to the bottom vs Joe Haden. Haden forces the outside release, aligning with inside shade and turning his hips to force Green outside. He plays trail technique underneath, the safety is over the top and because Green is already so wide, he can’t run an out-breaking route either. Totally taken away. Totally covered. 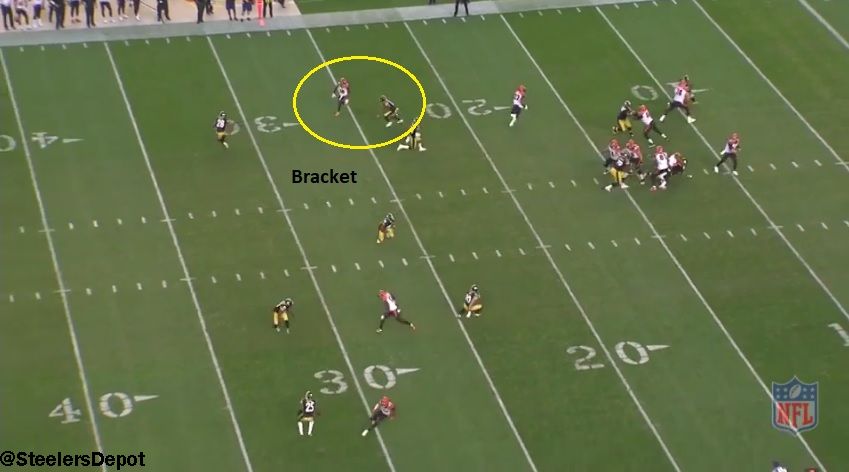 Watch the play above the whole way through(top of the screen). Haden physical with Green at the LOS, denying a clean release, and then bracket him the rest of the way. 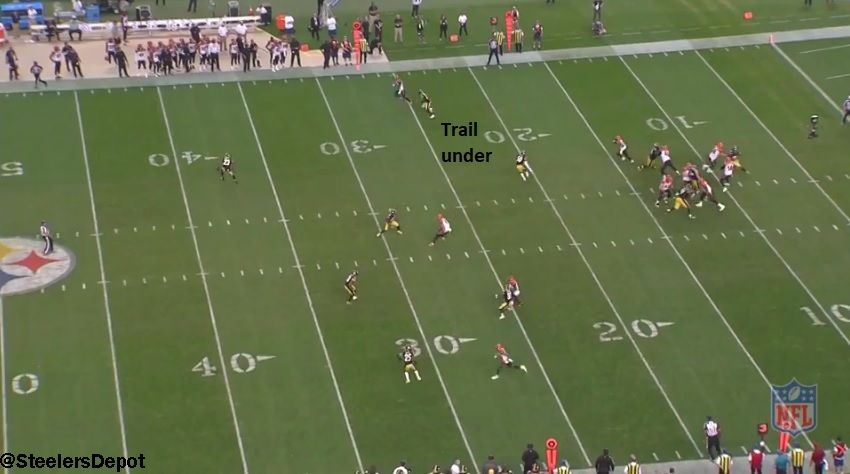 Or here, again, forcing the outside release by Green. Pinned to the sideline, nowhere for him to go. 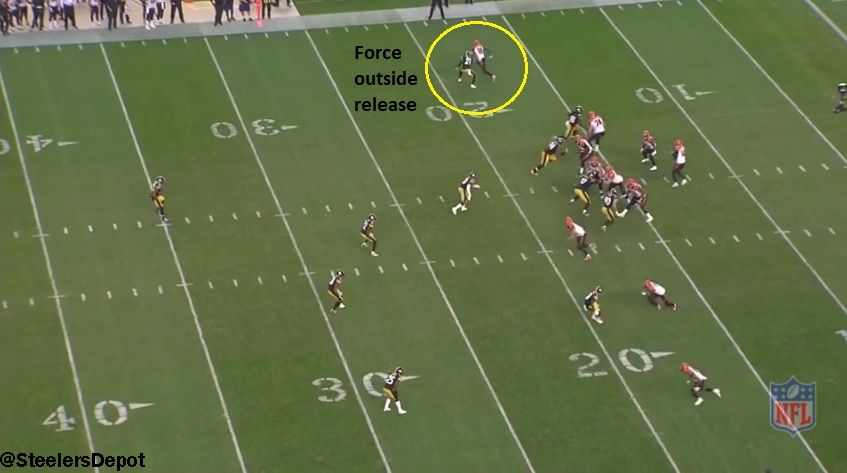 It wasn’t all done with two high looks, either. Here the Steelers are playing single high and using the overhang (hook) defenders to bracket both receivers. Green is to the top. Sean Davis knows it and reroutes him as Green makes his break. Davis is probably actually a little too aggressive play but you love the idea.

It’s a pretty simple plan. But versus Green, it’s still a tall task. Credit to Keith Butler for the gameplan and for the players, largely Haden, and the Bengals for not moving Green around enough.

Following the loss, Green showed frustration of playing the Steelers, who have shut him down the past two matchups.

“They have our numbers,” Green told Paul Daugherty of Cincinnati.com.