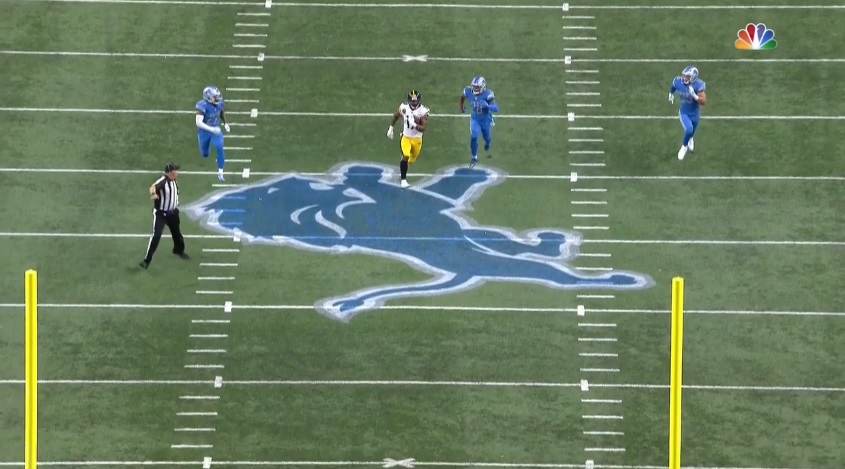 All I gotta say is, man, JuJu Smith-Schuster is a lot of fun to watch.

Not only for what he’s doing off the field. Though make no mistake, that is awesome. This 20 year old with a care-free attitude in spite of playing in one of the world’s biggest pressure cookers, the NFL. All the drama, all the noise, all stuff that would’ve been easy for a rookie to succumb to. But Smith-Schuster hasn’t let it bother him. He’s fought back and turned in his biggest game – and biggest play. A 97 yard touchdown, the longest pass in Pittsburgh Steelers’ history.

And Smith-Schuster’s impressive route running made it happen.

As Dave Bryan wrote about, Ben Roethlisberger said the coverage was 22 Man. That’s another term for 2 Man, meaning the defense is running with a two high look (two safeties) helping cover the outside receivers while the corners play man coverage. Essentially, the outside receivers are doubled. Which leaves the slot receiver in single coverage and the primary target.

Smith-Schuster is running a vertical downfield. But there’s nuance in his route running to create space. The best receiver is an open one, after all.

Off the snap, Smith-Schuster gives slot corner Quandre Diggs a slight inside release. That gets Diggs to jump inside. JuJu is selling the move with his whole body. Eyes, shoulders, hips, and feet. Anything else and the CB isn’t taking the bait. 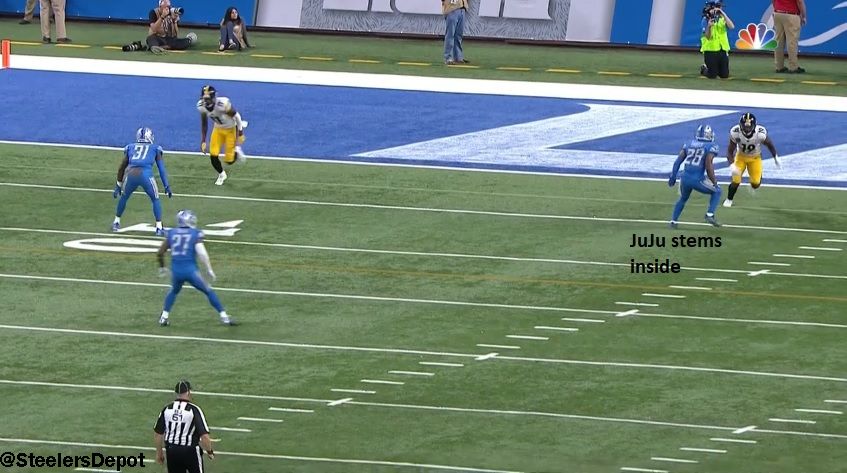 As Diggs does that, Smith-Schuster plants and explodes upfield, attacking the corner’s outer half. That’s where the separation happens. Burst away at the top and JuJu does a great job of it. Diggs is late opening his hips and has to try to work and recover. 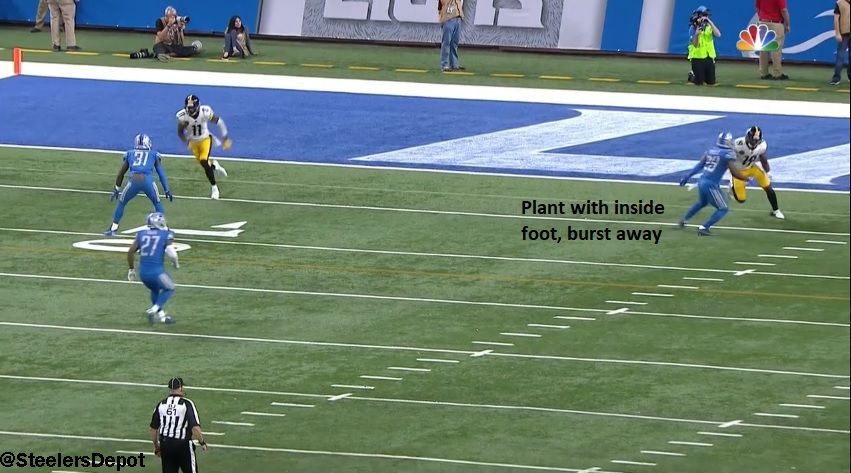 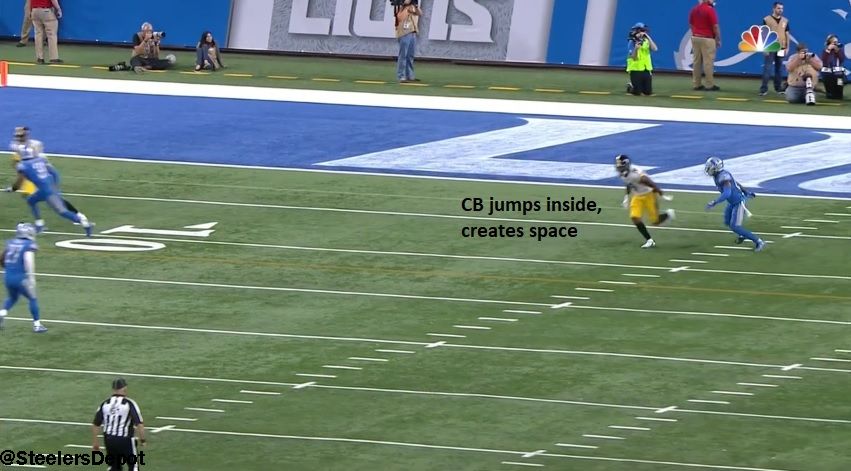 The corner now trailing. And with the safeties helping the corners over the top, the middle of the field is open. There is no safety support. Diggs isn’t able to get back in-phase (to the receiver’s inside hip) and Roethlisberger hits him in stride. 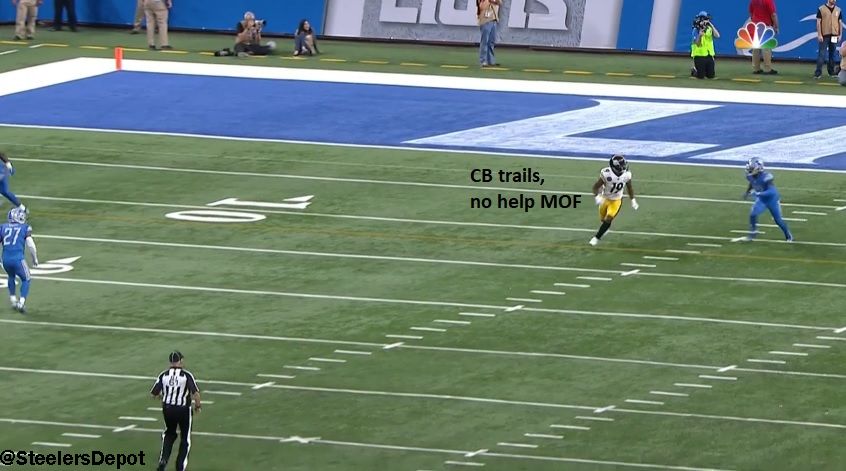 Coming out of college, many (myself included!) questioned how precise of a route runner he was. Especially knowing how much the Steelers wanted him to play in the slot, where route running trumps anything else. But he’s shown an advanced ability to create space working inside. He’s mature in personality and in player, a rare combo for a 20 year old.

Creating space as a receiver doesn’t mean you need to use 20 different nods and steps to get open. When you’re fluid, and when you commit to one move, and show explosiveness on your break, you’re going to create space. One look inside. Burst away. Finish the play. Be the hero.

This dude’s a lot of fun.