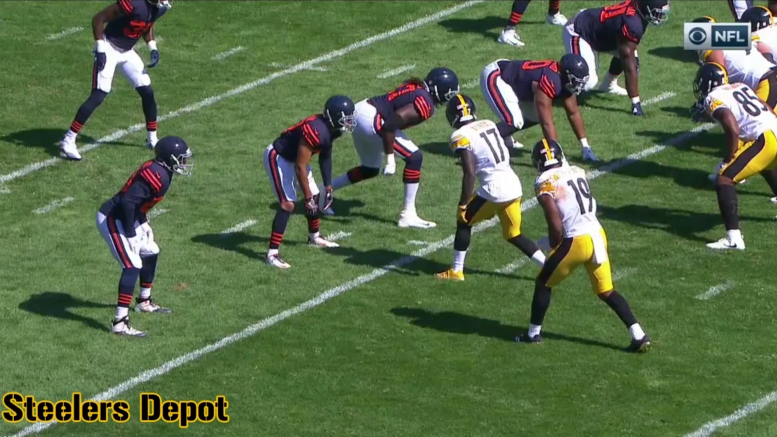 From the sounds of it, the timeout is over for third-year Pittsburgh Steelers wide receiver Eli Rogers, whom quarterback Ben Roethlisberger indicated that he expects to be active on Sunday against the Chiefs following two weeks on the bench.

A former undrafted free agent out of Louisville, Rogers became—virtually by default—the Steelers’ primary slot receiver last season after spending his rookie season on injured reserve, but he had already been replaced in that role by, at the latest, week three, with rookie JuJu Smith-Schuster seeing far more time there.

In that game, Rogers only played about 20 snaps, and he was not even targeted in the game. But he did muff a punt that led to a touchdown drive for the Bears in a game that ended up going into overtime. Later in the game, he played a punt off a hop that exposed the ball unnecessarily a second time.

That more than anything ended up getting him benched in the first place, because there was a debate over whether or not he possessed enough value to dress as a fourth wide receiver alone over Justin Hunter.

But Hunter has gotten two games—and admittedly rather few snaps—but hasn’t done much with them, just a couple of short receptions, while other times not quite looking as though he knows what he’s supposed to be doing on a given play.

Hunter got his brief cameo to see if he could make a difference on offense. He didn’t. and Rogers has gotten the time the rededicate himself to his craft, in terms of the fundamentals—perhaps especially as a punt returner—while serving his timeout, so I suppose it seems a fitting time for a change.

In the grand scheme of things, it is not really going to make much of a difference. Whoever the fourth wide receiver is between Rogers and Hunter is not going to see many snaps behind Smith-Schuster as the transitional number two or three, who can play both in the slot or outside.

I think the biggest question stemming from this is actually whether or not him getting a helmet means that we will see him back returning punts, which Antonio Brown has been doing for the past two weeks. Not that he has been a difference maker in that role through two games this season, but the reality is that the returners have not been given much to work with.

At the very least, though, Rogers is somebody with whom Roethlisberger has at least had a rapport in the past, even if it has been somewhat on-again, off-again in nature. And given the rut that the quarterback is currently in, it might not hurt to reintegrate somebody he is more used to throwing to.