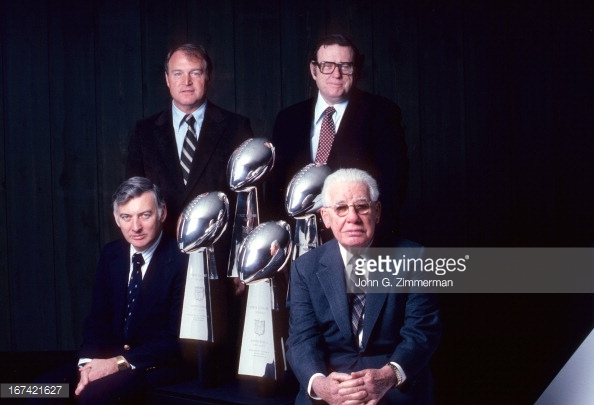 I don’t think that there is another team in the league that has had a more personal and direct involvement in the discussion surrounding concussions over the course of the past few decades than have been the Pittsburgh Steelers.

It was the discovery of chronic traumatic encephalopathy (CTE) in the brain of Hall of Fame center Mike Webster that was a watershed moment in both the game and in the research of cognitive health, and how it relates to sports.

That is why it was unsurprising, yet all the same very meaningful to me, when the Steelers announced last year the founding of the Chuck Noll Foundation for Brain Injury Research, last December, which I wrote about at the time. Team president Art Rooney II and the team as a whole donated $1 million in order to help get it off the ground.

The Chuck Noll Foundation for Brain Injury Research will work to advance research related to prevention, diagnosis, and the treatment of injuries to the brain occurring primarily from sports activities through its grant making. The foundation will share information on best practices and promising research with the community. The foundation will also seek partnerships with other foundations, companies, organizations, as well as, individual donors who share our mission.

One recent donor happened to be one of their own, Dr. Joseph Maroon, who has been on the Steelers’ staff as a physician and neurosurgeon for many years, and who is best known in the field for his work in formulating the imPACT test, which was a major breakthrough in helping to diagnose concussions.

Maroon was recently the recipient of a $10,000 charitable donation, which he forwarded over to the Chuck Noll Foundation, who is also on the medical advisory panel for the foundation.

Former Steelers running back Merril Hoge is also a board member for the foundation, and he accepted the donation on its behalf. “This contribution and an earlier charity walk hosted by the Steelers—wherein 500 people walked in the pouring rain—shows why Pittsburgh is such a great place”, he said. “It also shows that all of us are committed to addressing the health and safety of athletes. That’s why I’m so proud to serve on the Chuck Noll Foundation board”.

The executive director of the foundation, John Denny, also said that they will “focus its initial grant making in Pittsburgh with a focus on improving prevention, diagnosis, and treatment of brain injuries related to sports activities”.

“Pittsburgh is recognized as a national leader in sports related concussion treatment and research”, he went on. “We are also fortunate to have such strong brain injury research across the spectrum”. Dr. Julian Bailes is yet another well-known member of the foundation’s medical advisory board.