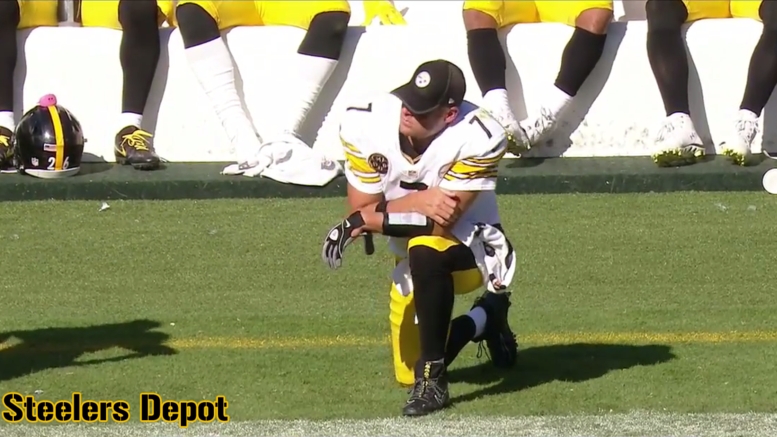 When it comes to talking with the media, Pittsburgh Steelers quarterback Ben Roethlisberger has not always necessarily had the smoothest relationship, though it has gotten a lot better over the course of the past five years or so as he rebuilt his public image after Milledgeville.

Still, he has still drawn heat upon himself at times following certain comments that seemed to take shots at either one of his teammates or his coaches. Earlier this year, for example, wide receiver Martavis Bryant took umbrage to some of the comments that he made in reference to him and indicated that the two of them needed to have a talk and hash things out.

Roethlisberger’s role as communicator via the media has come under the microscope again over the course of the past couple of days after the told reporters that he didn’t want wide receiver Antonio Brown’s “temper tantrum” to become a distraction for the team.

Head Coach Mike Tomlin also reiterated a similar sentiment during his press conference when pressed, and Brown ultimately apologized as well, but for the most part, his teammates have made light of the situation, including Vince Williams mocking Brown in a video, telling him that the cooler he knocked over wanted a rematch.

As you might expect, Roethlisberger was asked about the entire situation all over again yesterday during his weekly radio spot, and he had a pretty clear message in response, saying, “I’d like to feel as a leader of this team that’s kind of my job”.

Many questioned Roethlisberger’s comments and the seeming inconsistency of talking about distractions when his comments more than anything facilitated the discussion around the incident. Many also felt that he fumbled his remarks regarding the pre-game anthem participation a week earlier.

But he has also been an effective communicator over the years, a skill that he has improved over the years, and that includes sending clear messages to teammates in a tactful and respectful way, which is indeed part of his responsibilities as a leader on the team.

While he didn’t like Brown’s reaction after he was not targeted on a play on Sunday on which he was wide open, however, he said that the two still have “amazing chemistry”, and added that Brown is “a professional” who will get the message.

“He’s probably the best wide receiver in the game now, maybe ever to play”, the quarterback said, but his job is not to “make people happy”, and all of his targets need to understand that. Roethlisberger has been spreading the ball around less this year than has been ordinary for him, though he targeted seven different players on Sunday.