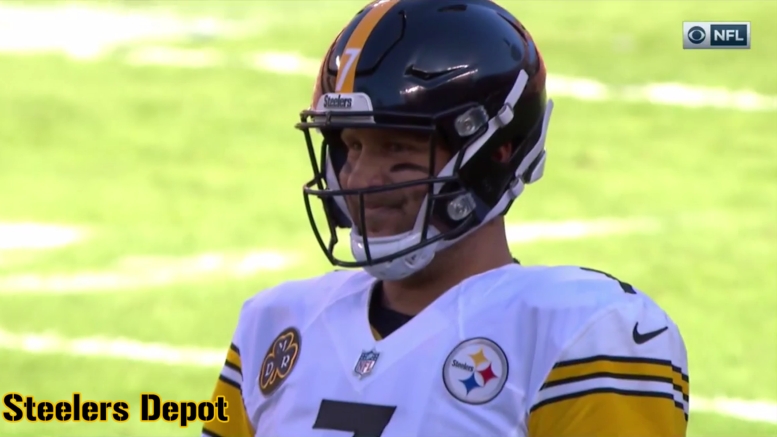 For most teams, they live and die with the play of their quarterback. That often becomes even more so the case for teams with ‘franchise’ quarterback, for not the least of which reason being that is requires a pretty big chunk of the salary cap to keep him fat and happy.

Some have accused Steelers quarterback Ben Roethlisberger of being fat, but I don’t think many would mistake him for being particularly happy with his performance so far this season, during which he has thrown nearly as many interceptions as touchdowns.

In his 14th season, and perhaps his last, at the age of 35, Roethlisberger is struggling consistently in ways that he has not before. His accuracy in particular is a major issue, completing just 61.1 percent of his passes, the third-lowest of his career behind the season in which he crashed his motorcycle and nearly died, and the year in which he had possibly the worst offensive line to ever win a Super Bowl.

While he has improved upon the efficiency of his attempts, working his way up to 7.5 yard per pass attempt, he only has 10 touchdown passes through eight games. On pace for 20 this season, that would be his lowest touchdown-to-game ratio since 2008.

He is also on pace for 18 interceptions, which would be the second-most of his career, again, behind only the season that coincided with not just a serious accident, but also an appendectomy. 2006 was just a bad, bad year, and a clear outlier.

The only ‘excuse’ that he has for his performance this season, really, is his age. He has generally gotten pretty good protection that has improved as the season has gone on, though the run support has been inconsistently present.

I think nobody knows better than Roethlisberger that the Steelers need more from him in the second half of the season if he wants to ride out into the sunset with another Super Bowl trophy to show for it. I do think he still has the competitor’s spirit in him, and the ability to rise to the occasion. Time will tell.