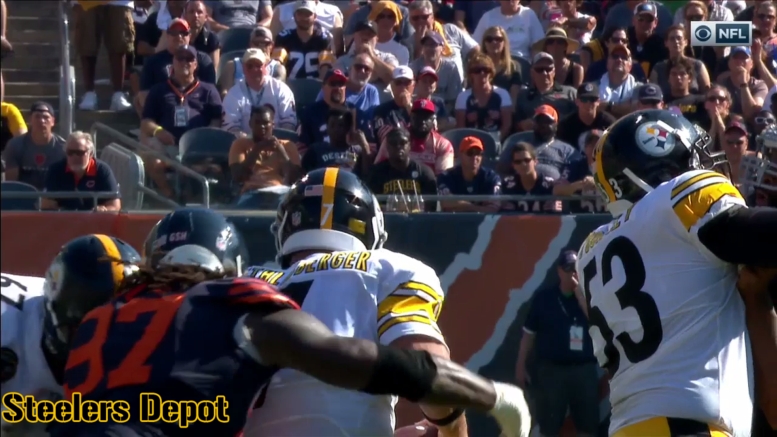 There are many moments to point to as to when the Pittsburgh Steelers’ game yesterday was lost. Ultimately, for me, the defining moment—or moments—of failure were in the closing moments of regulation. The offense had not one, but two opportunities to author a game-winning drive in a tie score in the final five minutes, and they came up short.

Simply put, if Ben Roethlisberger and the offense had closed the game in regulation as they have a number of times previously, then we would be having a much different conversation today. After all, it is not as though game-winning drives are a foreign concept to this quarterback.

According to Pro Football Reference, his 39 game-winning drives are tied for the third-most since 1960, behind only Tom Brady with 50 and Drew Brees with 42. He led the offense to two momentous game-winning drives just at the end of last season, in fact, in back-to-back weeks.

During the Week 14 victory over the Bengals, the Steelers entered the second half with a 20-9 deficit, but he led them to four consecutive scoring drives, the first three ending in field goals, but finally connecting with Eli Rogers for a 24-yard touchdown with 7:36 to play that made it 24-20. He also sealed that win on the following possession by running out the final 5:53 minutes remaining in the game.

He wasn’t done after that either, of course, as you no doubt remember the ‘immaculate extension’ touchdown of Antonio Brown’s the next week that negated a Ravens go-ahead touchdown with 1:18 remaining.

That magic was absent yesterday, perhaps because an imminent loss was not on the line, the score only being tied.

The Steelers first got the ball back at 17-17 with 5:12 remaining in the game, but a six-yard run by Le’Veon Bell on first down was wiped out by a holding penalty on Chris Hubbard. After a 13-yard run, Roethlisberger’s pass to Bell in the flat gained just one yard. On third and six, he decided to target Brown deep, attempting to float the ball over the cornerback, who defended it. He passed up a chance at Bell in front of the play.

That forced the Steelers to punt, and they did not get the ball back again until the 52-second mark with one timeout on-hand, starting at the 15. The first play of that drive was an ill-executed screen to Bell on a shovel pass that gained four yards and took 27 seconds.

Roethlisberger did find Brown over the middle of the field for 13 yards on the next play, but that forced them to use their final timeout. When he was sacked on the next play, they could not run another. Despite having a timeout, they only ran three plays in 52 seconds in a tie game.