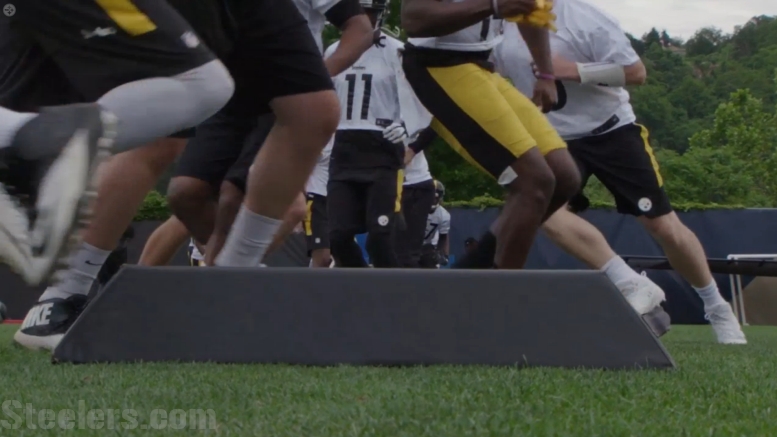 I think that following the opening game of the season it was made obvious that the Pittsburgh Steelers would not be dressing wide receiver Justin Hunter under normal circumstances, functioning as the sixth wide receiver on the team who does not have the capacity to contribute on special teams. It would take injuries in order for him to dress.

Well, the Steelers had three injuries yesterday, and none of those injured players’ helmets went to the former second-round wide receiver, who largely ended up making the 53-man roster on the back of a long touchdown reception in the final preseason game.

With Stephon Tuitt sitting out after suffering a bicep injury, the Steelers, logically, chose to dress Daniel McCullers as a fifth defensive lineman, although he did not play. The other two injuries, however, did not have a congruous counterpart at their position.

With only four safeties on the roster, all were already dressing; the same with their three tight ends. But with safety J.J. Wilcox and tight end Vance McDonald both sitting out, their helmets went to cornerback Brian Allen and, essentially, Bud Dupree, who was returning from sitting out the first game, but more accurately, probably Arthur Moats—or even James Harrison.

In spite of the absence of an offensive player in McDonald, the Steelers did not choose to activate an additional offensive player, such as Hunter, to take his place. The fact that he does not play on special teams does not help, but ultimately they did not feel that they could use his talents.

That is because the team is already content with the four wide receivers that are receiving regular playing time in Antonio Brown, Martavis Bryant, Eli Rogers, and rookie second-round draft pick JuJu Smith-Schuster, who caught a touchdown off a shovel pass yesterday on the first touch of his career.

Many seemed to think at the start of the season that Smith-Schuster, the youngest player in the NFL, would have to sit for a while in the early portions of the season with the veteran Hunter playing ahead of him, but the coaches don’t appear to be interested in keeping him on the bench.

Instead, they are using him quite a bit, seeing dozens of snaps per game on offense and in multiple roles. He appears to have inherited Darrrius Heyward-Bey’s role as the blocking wide receiver, and already seems to be up to the task.

In addition to his offensive contributions, he also serves as a kick returner and serves on multiple coverage units as well, so it would be difficult to see the Steelers choosing to sit him any time soon in favor of a one-dimensional player like Hunter.

It seems to me that the only direct way for him to actually see the field is if one of the other wide receivers get injured. Otherwise, there would have to be a large number of injuries to the point where they would have virtually no choice but to dress him. He is essentially just insurance and nothing more.