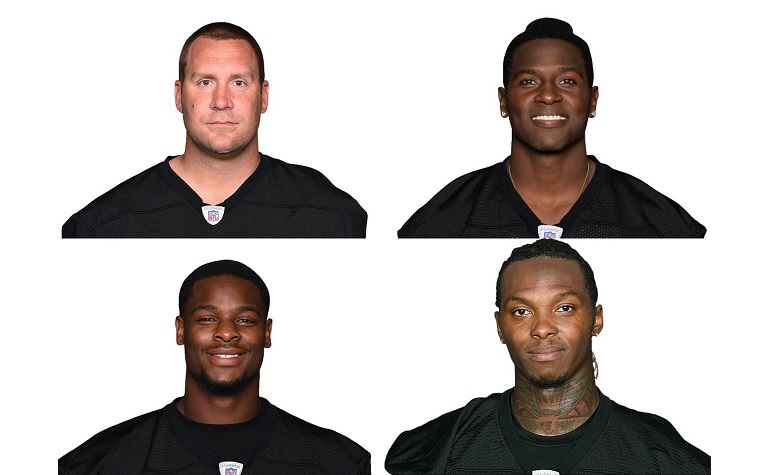 Sunday should be a monumental day in Cleveland. In short, the Pittsburgh Steelers‘ Killer B’s, quarterback Ben Roethlisberger, running back Le’Veon Bell and wide receivers Antonio Brown and Martavis Bryant, all figure to be on the field together Sunday for the first time since Week 8 of the 2015 regular season.

In total, that Steelers quartet has played in just 11 regular season games together and hopefully that total grows to 27 this season in addition to producing offensive stats for Pittsburgh similar to, or better, than what has been previously been posted in past games.

For starters, the Steelers compiled an 8-3 record in the previous 11 games in which Roethlisberger, Bell, Brown and Bryant have all played in together. It’s worth noting, however that one of those three losses in Week 8 of the 2015 regular season against the Cincinnati Bengals, was the game in which Bell suffered a knee injury in the first half that would ultimately sideline him for the remainder of that year.

In those previous 11 games that the Steelers Killer B’s have played in, the King B, Roethlisberger, averaged 329 yards passing while completing 67.5% of his pass attempts. Roethlisberger threw 25 total touchdowns in those 11 games and 9 interceptions of which three came in the aforementioned game that Bell injured his knee in. That game was also Roethlisberger’s first in several weeks as a result of a knee injury that he had suffered earlier that season.

Also in those 11 games, the Steelers averaged 29.3 points scored and 414 net-yards of total offense. If that’s not enough to get you excited, the Steelers offense had a red zone efficiency percentage of 62.2 (23-of-37) in those 11 games and that includes the unit going 0-3 in that dreadful 2014 Week 10 road loss to the New York Jets.