The Pittsburgh Steelers released an updated depth chart ahead of their 2017 regular season opener against the Cleveland Browns and while not a lot sticks out on it, there are a few listings worth noting.

New tight end Vance McDonald is listed as the backup behind starter Jesse James with Xavier Grimble listed behind him.

Perhaps the most notable listing on the new depth chart is that rookie wide receiver JuJu Smith-Schuster is listed as the team’s top kickoff returner. If that holds true, the second-round draft pick out of USC will certainly dress Sunday against the Browns. At USC, Smith-Schuster returned 16 kickoffs for 185 yards. Cornerback Artie Burns is listed behind Smith-Schuster with running back Terrell Watson listed third.

As expected, Anthony Chickillo is listed as the backup left outside linebacker behind starter Bud Dupree. 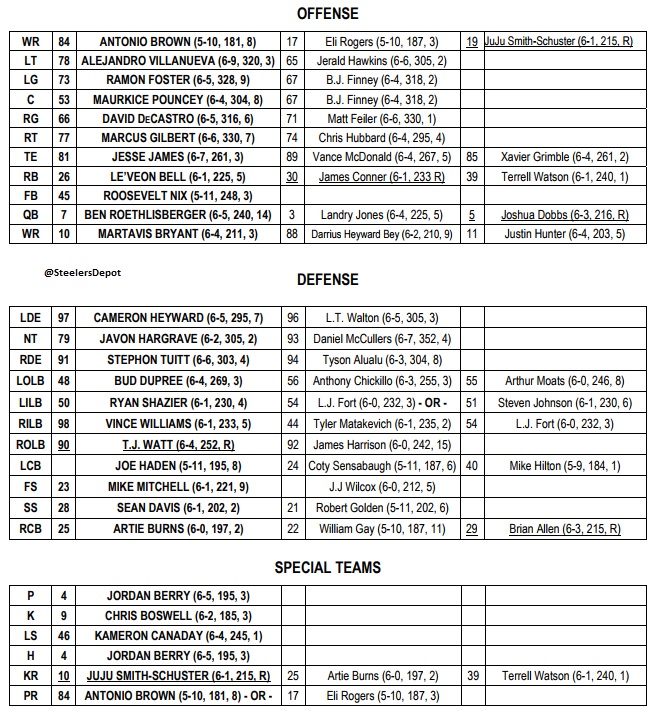