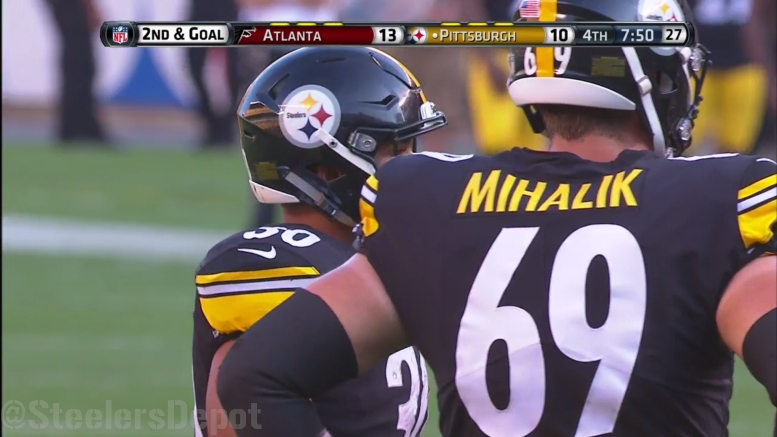 The Pittsburgh Steelers were not awarded any player on waivers today, according to the NFL transaction log released a short time ago. Offensive tackle Brian Mihalik was claimed off waivers by the Detroit Lions.

The Detroit Lions have claimed a pair of offensive lineman off waiver: Guard Zac Kerin and tackle Brian Mihalik.

Mihalik going to Detroit should come as no surprise. The Lions signed him in October last year after he recovered from an MCL injury. The Steelers took him off their practice squad two weeks later and he remained with the team ever since.

Originally a DE in college and in his first year with the Philadelphia Eagles, the Steelers converted him to tackle. While he impressed for how new he was at the position last year, his camp this year was only average. Assuming the Steelers want to keep ten linemen, they’ll have to either add another camp player – Ethan Cooper could be a frontrunner – or pick up someone else who cleared waivers.

While the Steelers were not awarded any players off waivers, they still could’ve made a waiver claim but lost out to a team higher in the order.

Now that the waiver period has processed, teams are now free to assemble their 10 man practice squad. Those names should trickle in throughout the day. Stick with Depot, we’ll provide updates throughout.