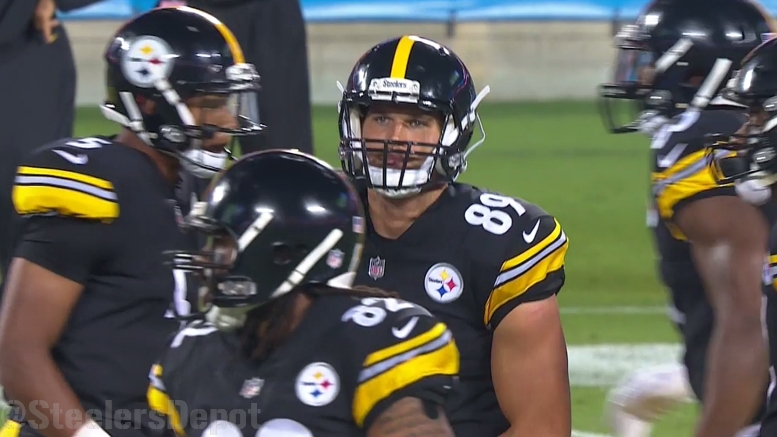 If it suddenly seemed to you like there are a lot more trades this summer around the NFL than there usually are, it is not just before you are following the Pittsburgh Steelers, who went completely out of character and made five trades from the middle of training camp to the day after they made their roster cuts.

From the start of August to the early days of September, there were 30 trades made around the NFL. I would just like to briefly pause for a moment to consider the ridiculous fact that the Steelers then accounted for one-sixth of all trades during that time span.

More globally, though, the point is that that number of trades represents more than double the number of trades that we have been accustomed to seeing at this time of year, according to an article written by Mike Sando for ESPN, who explores some reasons that trades have become so much more appealing.

Of course, the Steelers’ reasons were rather clear. They made two player-for-pick trades in which they turned surplus talent at wide receiver and cornerback into draft selections by dealing Ross Cockrell and Sammie Coates, while keeping six at both positions.

They also made two pick-for-player trades in which they expended minor draft resources—trading higher picks for slightly lower picks—in order to supplement areas of the roster that were deficient not in numbers, but in talent, in doing so acquiring tight end Vance McDonald and safety J.J. Wilcox.

They also made one player-for-player trade among those on the bottom of the roster, giving up a deep-string center who was not even going to make the practice squad for a cornerback with some experience on both defense and special teams in Dashaun Phillips, a player currently on the practice squad that I wouldn’t be surprised to see on the 53-man roster at some point.

While Pittsburgh’s reasons were clear, they will not apply universally, so Sando offered a few theories. He posits one in which he argues that the idea of ‘tanking’ has now become mainstream in the NFL. We have seen teams such as the Browns, Jets, and Bills trade off significant resources over the course of the past few years in order to stock up on draft picks, the way baseball teams out of the pennant race trade away key players for prospects.

Another, counter trade theory is that some teams are not valuing draft picks as much. These are, of course, different teams, like the Patriots, who traded away much of their 2017 draft for players. Deeper roster will have fewer opportunities for their young draft picks to practice and develop, so they are not as valuable as veteran commodities who can contribute immediately.

Other factors that he believes contribute to the rise in trades are a new wage of general managers who bring with them a new line of thinking about roster-building, the elimination of the 75-man roster cut, technology making it easier for teams to scout and target for acquisition other teams’ players, and the fact that fewer players have contracts that make them difficult to trade.

It will be interesting to see if we see such a high volume of activity next year as we did this year. If Sando is right, then we should expect to see at least a couple dozen or so trades.