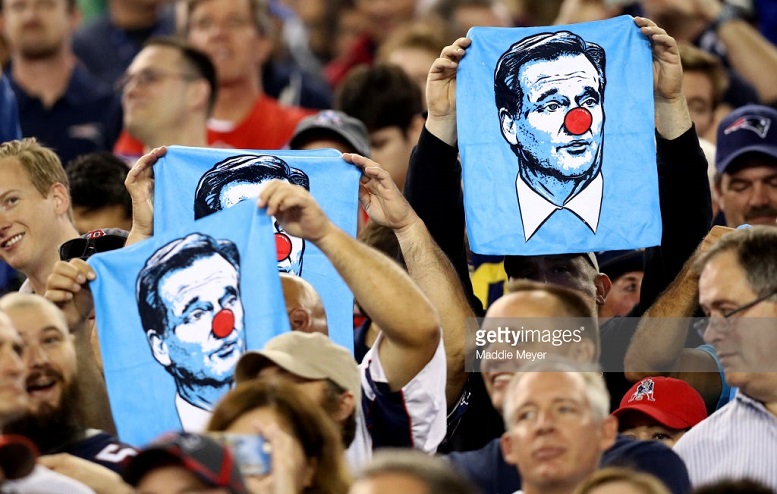 The Pittsburgh Steelers will pay tribute to Ambassador and former team chairman Dan Rooney before the start of Sunday’s home game against the Minnesota Vikings and NFL commissioner Roger Goodell will reportedly be in attendance at Heinz Field for the event, according to Ben Volin of the Boston Globe.

Where's Roger this weekend? Pulling a doubleheader. First PIT-MIN for a tribute to Dan Rooney, then ATL-GB to open Falcons new stadium

Goodell was present for the 2017 NFL regular season opener at Gillette Stadium between the New England Patriots and Kansas City Chiefs a week ago Thursday and not surprisingly, Barstool Sports, a satirical sports and men’s lifestyle blog founded by Dave Portnoy in Milton, Massachusetts, distributed 70,000 turquoise towels ahead of that game that depicted Goodell wearing a clown nose.

Goodell’s presence in Pittsburgh Sunday obviously won’t be cheered by Steelers fans and you can probably expect him to be booed heavily by the black and gold faithful. I also doubt that Goodell will attempt to visit with Steelers outside linebacker James Harrison at any point on Sunday for obvious reasons.

After making an appearance at Heinz Field, Goodell will reportedly attend the Sunday night game between the Atlanta Falcons and Green Bay Packers. That game in Atlanta will be the first regular season game ever played in the newly-built Mercedes-Benz Stadium.

Last week in the Steelers regular season opener against the Cleveland Browns, the AFC North rival paid tribute to Rooney on their stadium scoreboard during the game. Rooney passed away April 13 at the age of 84.