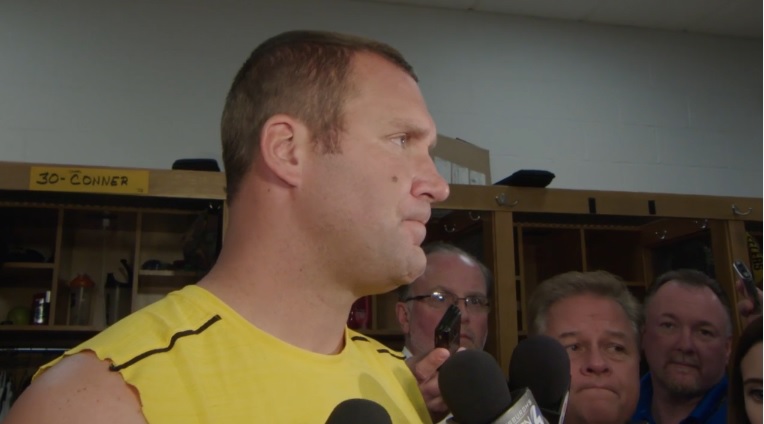 And hey, it’s the AFC North, could you expect anything else? Combine that with the season opener, where the energy level is at an all-time high, and the Cleveland Browns will be no pushovers this weekend. That’s what Ben Roethlisberger said speaking with the media earlier today.

“It’s not just football,” Roethlisberger said, via the team’s website. “It’s AFC North football. I could be wrong, I don’t remember all the games but other than Baltimore a couple years ago, I never remember opening up with divisional play.”

It’s happened three times in Big Ben’s career. 2007 and 2014 against the Browns and the game he references, a 35-7 whooping by the Baltimore Ravens in 2011. Regardless, it’s generally uncommon and will heighten the stage.

“They got a lot of young guys. They’ve obviously invested a lot in this team in general. We’re going to be aware of where their pass rushers are as well as their secondary. It’s a very good defense. We have our hands full.”

That investment stems from their top two picks in this year’s draft, selecting DE Myles Garrett #1 overall and Jabrill Peppers with the 25th pick. Garrett hurt an ankle in today’s practice, casting some measure of doubt over his status but either way, the Browns’ defense will be better than recent memory.

Gregg Williams has taken over as the defensive coordinator, bringing an exotic, blitzing defense that will apply pressure from all three levels. Though it was *just* preseason, in the third tune-up game against the Tampa Bay Buccaneers, the Browns recorded four sacks, picked off Jameis Winston once, and held the Bucs to nine points.

With this being the opener, there’s less tape to go off of. Roethlisberger told reporters he watched the preseason and past seasons of Williams’ defense to get a gauge for what to expect. There are still questions about this defense, especially in the secondary, but they’re under better coaching who should put his guys in positions to succeed.

Despite the Steelers being the favorite, AFC North games are unpredictable and usually competitive. We’ll roll out our full scouting report on the Browns Friday morning.