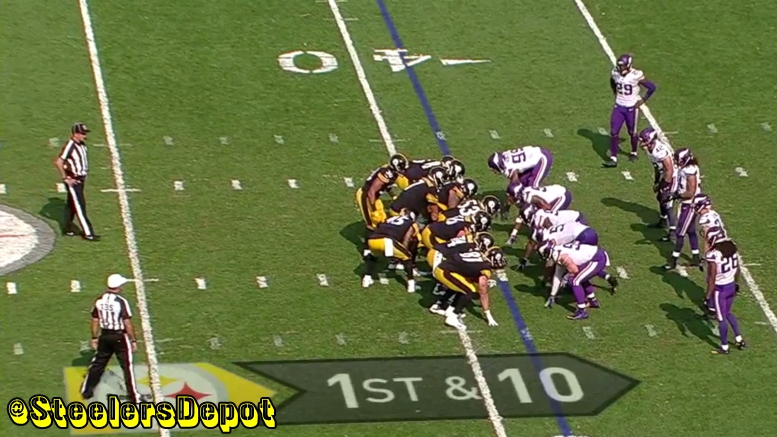 The Pittsburgh Steelers are 2-0 through the first two weeks of the season. There are no buts, no caveats, no qualifiers. They have played two games and they have won two games, and that is the only thing that matters.

Already, the teams without a loss are down to just seven around the NFL, some notable teams already facing the brunt end of the scoreboard once including the Patriots, the Cowboys, the Seahawks, and the Packers.

Only two teams in the NFC so far have gone through two weeks without a loss, those being the defending conference champions in the Falcons, who just took down the Packers last night, and the Panthers in the same division, who have only scored 32 points so far.

In the AFC, the West actually holds three teams with a 2-0 record who will inevitably cannibalize each other later on in the season. The Broncos, Chiefs, and Raiders have all won their first two games, with the Broncos taking down the Cowboys and the Chiefs having already unseated the Patriots.

The only other 2-0 team aside from the Steelers sits across from them in the AFC North, that being the Ravens, who have so far capitalized on the misfortunes of the Browns and Bengals for their two victories of the season.

But wins are wins, regardless of how they come or whom they come against. The Steelers have only gone 2-0 to start the season five times in the past 11 years, though it is worth noting that they have made the playoffs in the four previous iterations, reaching the AFC Championship game three times, the Super Bowl twice, and winning it all once in that span.

Head Coach Mike Tomlin likes to say that style points don’t matter, and at the end of the day, he’s right. No matter how disgusted some fans might be about the ‘quality’ of the Steelers’ first two victories, those wins are still going to hold up when the regular season is over.

A lot of wins in the early portions of the season are ugly wins because teams are not in mid-season form. That is, after all, the reason that the term ‘mid-season form’ exists in the first place, and frankly it’s only become more meaningful in recent years with the scaled-back practice time and limited preseason action for starters that is commonplace for all 32 teams.

Win pretty, win ugly, it doesn’t matter as long as there’s a W next to the score on the schedule. And so far the Steelers have a pair of them and no Ls. Take it.