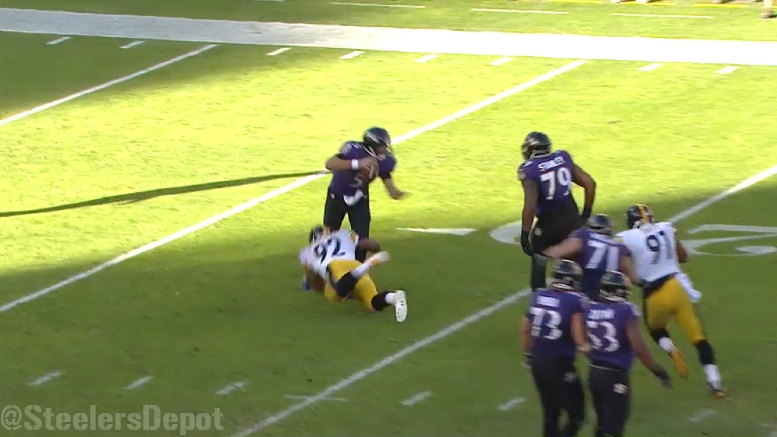 Despite the fact that the Baltimore Ravens have managed to get out to a 2-0 start for the 2017 season, all is not well in their world, and it just got that much more difficult after head coach John Harbaugh confirmed that their All-Pro starting guard, Marshal Yanda, has suffered a broken ankle.

Yanda is now the fourth starting offensive lineman that the Ravens have lost since the end of last season, starting with right tackle Rick Wagner, who left in free agency. They also traded center Jeremy Zuttah way back earlier in the offseason. Left guard Alex Lewis suffered a season-ending injury in training camp, and now Yanda’s injury could really begin to throw things in disarray.

Yanda was the only stable presence along the line outside of second-year Ronnie Stanley, last year’s first-round draft pick at left tackle. While they signed Austin Howard to start at right tackle in place of Wagner, they settled on James Hurst and Ryan Jensen as starters at left guard and center, respectively, both of whom are career backups. Now they will need a third in the starting lineup.

While the Ravens acquired two offensive linemen via trade just before the season started in Luke Bowanko and Tony Bergstrom, neither of them have been full-time starters in their career, and both were slated to serve as backups along with rookie Jermaine Elumenor, who was an inactive for the day.

It was Bergstrom who replaced Yanda after his injury during the game, and he is expected to take over the right guard position. One wonders if they might consider bringing back Zuttah for a second time at this point. They re-signed him once, only to cut him before the season started.

The injury is only worsened by the fact that they also so veteran reserve John Urschel retire. They also had their higher rookie draft pick lineman, Nico Siragusa, suffer a season-ending injury, vastly narrowing down their options.

The Ravens will now, for the time being, move forward with an interior offensive line that consists of James Hurst, Ryan Jensen, and Tony Bergstrom, from left guard to right guard, unless they make some acquisition to bolster their depth.

They are likely to make some sort of move, because at the moment they only have seven healthy offensive linemen. Center Matt Skura or guard Maurqice Shakir could be options to be called up from the practice squad.

Overall, Baltimore’s success has been predicated on their strong defensive play, but the offense can only be so set back before the defense can no longer make up for it. One wonders where the tipping point is. Their two victories so far have come against the Browns and Bengals, starting a rookie quarterback for the former and firing their offensive coordinator already for the latter. Both are 0-2.