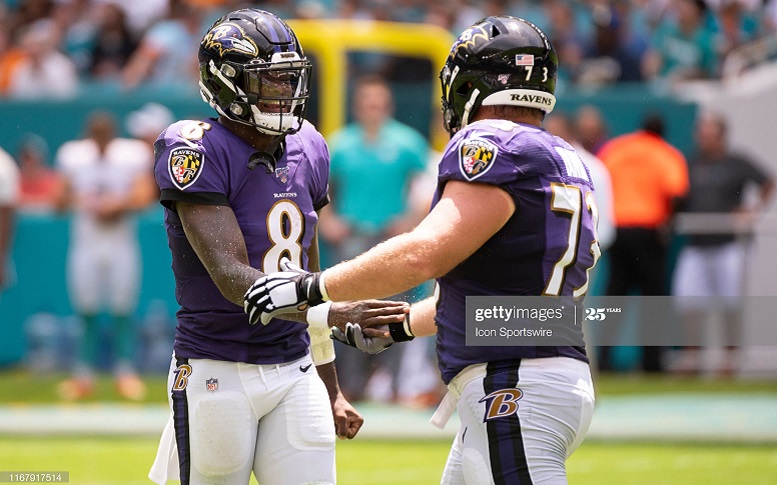 Baltimore Ravens quarterback Lamar Jackson won the NFL MVP award last season after throwing for 3,127 and 36 touchdowns in addition to rushing for another 1,206 yards and seven touchdowns. On Friday, Pittsburgh Steelers defensive lineman Cameron Heyward was a guest on 105.7 The Fan in Baltimore and he was asked during that interview to comment on Jackson’s freak athleticism and play last season and if he thought the Ravens offense kind of snuck up on people last season.

“I think the thing you gotta realize is with most defenses, you don’t look as a quarterback to be a runner, and that you can trade one for one and you’ll always have a free guy able to make the tackle,” Heyward said. “But as you add the quarterback into the mix, you’re literally adding another blocker into the mix. So, you’re almost saying that we’re expecting to beat that one block and he’s going to be out. So, you know, you try to rely on other guys getting off blocks and making tackles, but that becomes more discipline. And if you’re not disciplined, Lamar Jackson will exploit you.

“And I was just very impressed by the work he did, whether it was throwing the ball or having command of the offense. The moment never looked too big for Lamar and I just thought he, even though he had an MVP season, I thought he continued to grow as the season came about and became a big leader for their team.”

As great as Jackson was last season for the Ravens in his sophomore NFL season, his one game against the Steelers in 2019 was easily his worst as he was sacked five times and completed just 19 of his 28 total pass attempts in that Week 5 contest for 161 yards with one touchdown and there interceptions. While Jackson did rush 14 times for 70 yards in that contest, the Steelers defense did a great job of limiting his overall effectiveness on the ground. The Steelers lost that game, but probably should’ve won it overtime just the same.

While Jackson obviously will be back in 2020 trying to torment opposing defenses, he won’t have right guard Marshal Yanda in front of him pass protecting or run blocking for him. Yanda announced his retirement from the NFL on in March after 13 seasons and 177 regular season games, all with Baltimore. Heyward talked about Yanda on Thursday and how he was surprised the longtime Ravens guard retired and how he won’t miss playing against him moving forward.

“Man, I was surprised, because I thought that that dude could continue to play at a high level, not only being a Pro Bowler, but an All-Pro I think this past year,” Heyward said of Yanda. “I’ve always thought that the Baltimore offense has gone through him, whether you realize or not. That dude I think has set the tempo for a lot of that team and I’m kind of happy they’re going to miss him, but I loved those battles going against him.”

The Ravens certainly will miss Yanda moving forward and his retirement could result in Baltimore selecting a guard early in the 2020 NFL Draft and ultimately having that player start right out of the chute his rookie season.