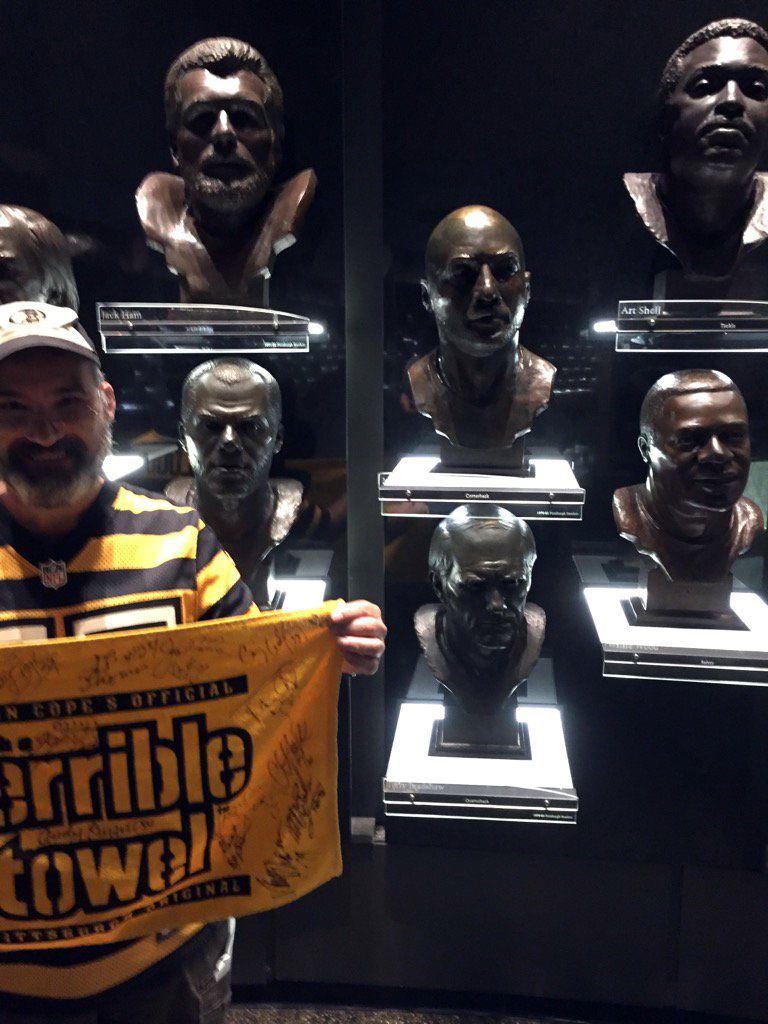 My very first trip to the NFL Hall of Fame was very enjoyable. The only downer was watching the “Road to the Super Bowl” which was updated to capture the 2016 season. Very well produced, but as an average Pittsburgh Steelers fan don’t like seeing championship games that are missing the Black & Gold.

I rendezvoused with my friend Roger, a friend from Cleveland, who is a long-suffering Cleveland Browns fan who played against Paul Warfield in high school. He and a teammate managed to force him out of bounds on his first encounter; but the very next play was a pitch out and Warfield ran through him like a semitrailer driving through a water puddle.

The Hall of Fame does have some murals of current players. This one needs to be repainted with Black & Gold paint: 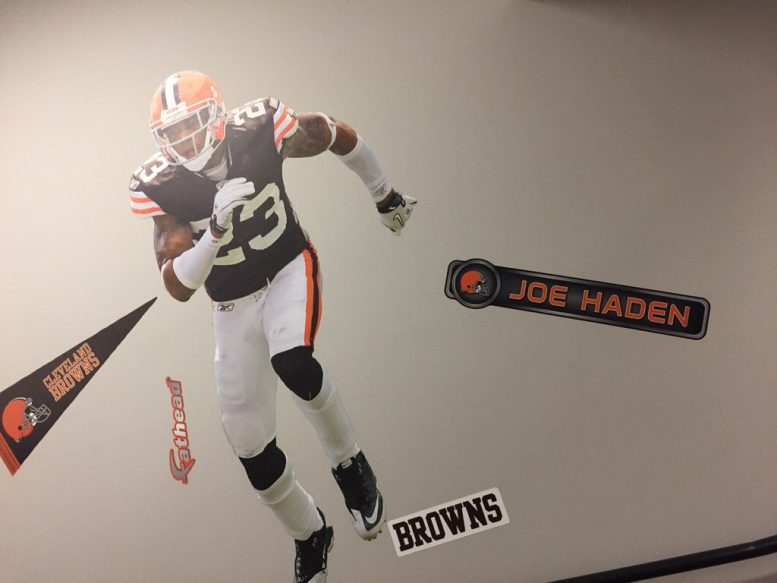 It was impressive seeing all the busts of former Pittsburgh Steelers among those of all the other NFL greats. All 23 that were named to the inaugural Steelers Hall of Honor last month but also former part-owner Bert Bell and players Len Dawson (1957-59; 19 games); Cal Hubbard (1936; 1 game); & Marion Motley (1955; 7 games) that did not spend too much time with the Steelers. Johnny Unitas was drafted by the Steelers in the 9th round back in 1955 but never made their roster so is not counted as a Steeler … fair enough.

Then there are former Steelers who have not been elected that many believe should be in; I believe the Steelers organization agrees which is why four of the inaugural members of their Hall of Honor, Donnie Shell, L.C. Greenwood, Andy Russell and Dick Hoak are not enshrined the NFL Hall of Fame … yet. Donnie Shell does have his Commemorative South Carolina State Helmet on exhibit in a section that recognizes inductees to the Black College Hall of Fame. He along with Mel Blount, “Jefferson Street” Joe Gilliam, L.C. Greenwood, John Stallworth and contributor & scout Bill Nunn are in a Hall of Fame for players from Historically Black Colleges & Universities (HBCU). Personally, I believe not having Bill Nunn in the NFL Hall of Fame is as shameful as not having Shell in. His newspaper, the Pittsburgh Courier carried the banner for players from these schools for decades. 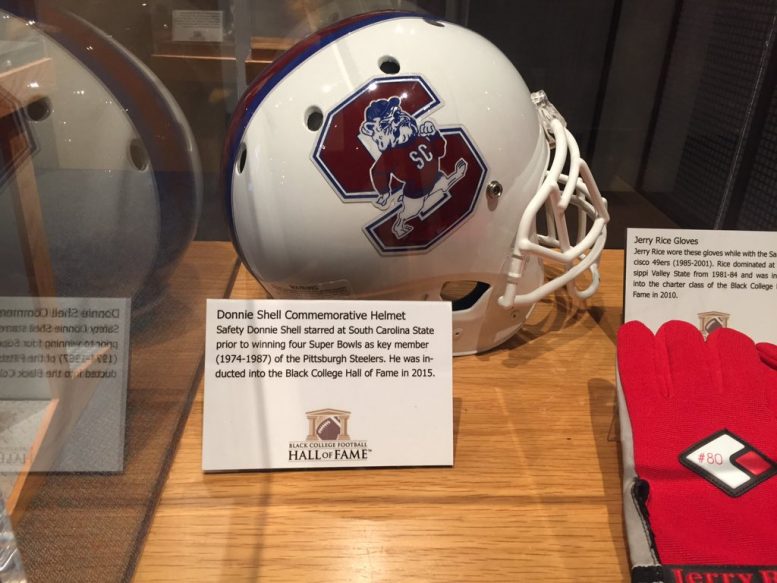 This got me to thinking what about recent and current players not already mentioned. Who should make it in? Troy Polamalu & Hines Ward are the most recent former Steelers that should be deserving. What about Greg Lloyd or Alan Faneca? But then my mind raced – what about current Steelers? Ben Roethlisberger & James Harrison have been Super Bowl heroes with lengthy high-performance careers. But how about current superstars Antonio Brown & Le’Veon Bell. If they continue churning out statistics will they ever merit consideration with or without rings? What about Maurkice Pouncey or Dave DeCastro? Will long careers dominating the trenches be enough? Finally, what about the newbies. Does anyone like Ryan Shazier, Bud Dupree or TJ Watt have the talent that could eventually get them consideration? Who do YOU think should make it in?

For me interesting conjecture. But it all boils down to sustaining a long and successful career. It starts again this Sunday against the Browns.  Ryan Shazier was recently interviewed by Dale Lolley of the Washington County Observer-Reporter and part of his response started “Sometimes, you’ve got to do what’s best for the team and right now …” This got me to thinking but then my mainframe for the brain broadcast was interrupted by … Right Here, Right Now.