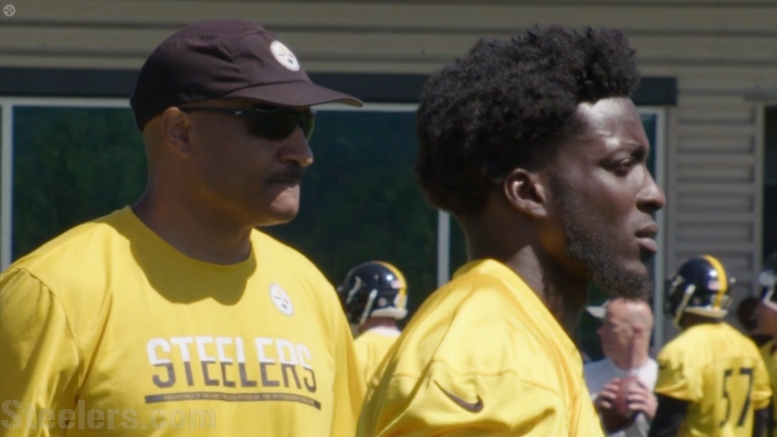 It was a highly predictable outcome, but it is frustrating all the same. Yesterday marked the official end of 2015 second-round draft pick Senquez Golson’s tenure with the Pittsburgh Steelers after three summers of utter disappointment, the 5’9” cornerback having to deal with injury after injury that prevented him from ever seeing the field.

I do want to say that he should not be castigated as he has by many because of his health issues, as though he has brought them upon himself, or that he could have prevented them. Golson’s situation is simply an incredibly unfortunate and unlucky one, and no doubt there is nobody who regrets his circumstances more than he does himself.

Some time before training camp during his rookie season, Golson aggravated a pre-existing shoulder issue that resulted in him suffering a torn labrum. He began that training camp on the Physically Unable to Perform list, but never came off, ultimately spending the year on injured reserve.

Last year, he spent the spring working as the team’s starting nickel cornerback. But during their first padded practice in training camp, he suffered a Lisfranc foot injury. While they kept him on the 53-man roster for much of the season, he was ultimately again moved to injured reserve. Earlier this year, he revealed that he would not have been ready to play at any point last season.

He did return gradually this year, beginning to run on his injured foot without discomfort in the weeks preceding the draft. He eased into OTAs and was prepared to finally get his career started this year. But then he suffered a hamstring injury early in training camp working on a punt coverage drill.

That injury was enough to sideline him for the entirety of the Steelers’ time in Latrobe, and presumably for much of the time up to his release, but if he was able to be released outright with an injury settlement, that has to mean that he is up to speed.

While I know that there is one commenter in particular who would have absolutely loved to have seen the team stick by him just a bit longer and let him get back to practice and finally take the field—he never even made it into a preseason game—it was hard for the team to make any other decision than the one they did.

No matter how skilled he might—or might not—be, one adage always remains true: you can’t make the club from the tub. The Steelers have no reason to believe he could ever make it through a 16-game season at this point, and they have too much depth at cornerback now to carry him as a luxury.

I do wish Golson well and I hope that he finds success in the league. This is a guy who turned down a baseball contract at a young age because he wanted to pursue his passion of playing football, and he deserves a chance of finally seeing that dream come to fruition, even if it probably won’t be the Steelers who benefit from it.