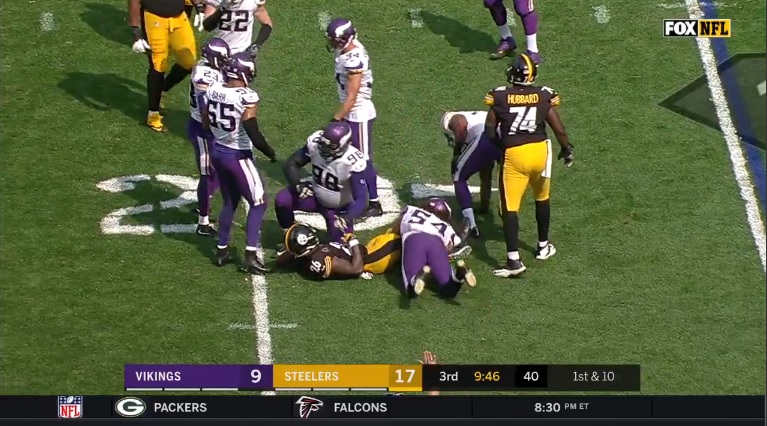 Chris Hubbard used to be the guy everyone loved to hate. The guy you’d see show up on the 53 man roster out of camp and scream, “why!!!!”

Sunday showed why. Hubbard did everything but hand out the Gatorade.. The Pittsburgh Steelers came into the game with just two tight ends and quickly were down to only one healthy when Jesse James injured his ankle on the first play. So Hubbard worked as a 6th OL/extra TE in the early portions of the game.

Then Alejandro Villanueva, entering the game sick, left because of dehydration. Hubbard shifted over and played admirably and arguably even better than an under-the-weather Villanueva. When Marcus Gilbert left with similar ailments, Hubbard moved to right tackle and finished out the game. In all, he logged 41 quality snaps.

Though B.J. Finney is still the top backup on the interior, if it ever came to it, Hubbard could play anywhere inside. Toss in his work as an extra tight end and he can play six different spots on the line, something no one else on the line is able to claim.

And mid-game, the Steelers can – and have, as they did against the Vikings – shift him around. That’s a lot of stress on a linemen. Tough enough to learn two positions, much less all the positions. It might seem easy, even something like flipping from right to left guard/tackle but it’s a huge mental adjustment. Listen to the guys who have played on the o-line, Geoff Schwartz is one of the best, and they’ll all dispel the myth that’s it’s easy.

Essentially, Hubbard is the Stephen Hawking of this group. Super bright guy but isn’t getting the credit he’s earned.

It’s easy to lose his name in the shuffle. He’s working alongside two first round picks, a second rounder, a 6’9 war hero, and there’s already the scrappy UDFA story in Ramon Foster. Hubbard is the forgotten man, the guy who lives on the fringe.

On this squad, he lives wherever he has to. The Steelers would undoubtedly be in a much worse place without him on the roster.