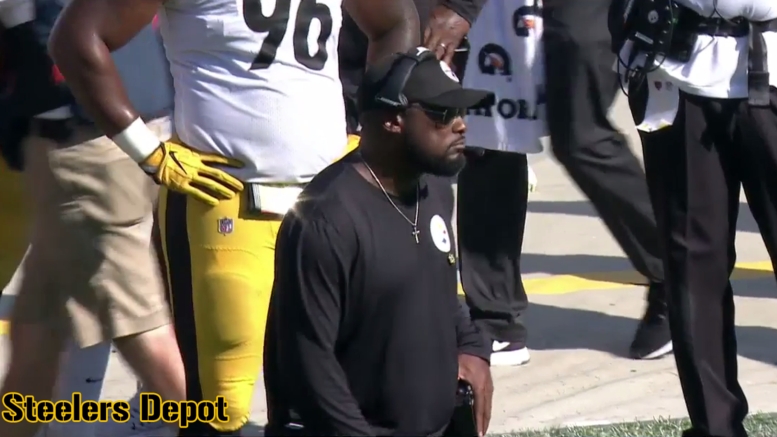 Remember tackling? It was nice when the Pittsburgh Steelers defense used to be known for that during the 2000s, wasn’t it? These days, in spite of the fact that they have arguably the most physical training camp in the entire league, and likely conduct more live-tackling drills than anybody else, they have become, and remain, and at-best average tackling team.

On Sunday, they were certainly well below the average, the number of missed tackles probably not far from a couple dozen. There is a reason that we put up a missed tackles report here on a weekly basis, after all. It is one of the two fundamental aspects of the game, the other being blocking, and without tackling, no scheme matters.

This more than anything is what had Head Coach Mike Tomlin up in arms during his weekly press conference. Talking about his team’s defensive failures, he talked about the missed tackle as being the catalyst for so many of the big plays that the Bears offense had in Chicago.

“There were some tackles missed on some of those breakout plays”, he noted during his press conference on Tuesday. “Sometimes good, open-grass tackling covers up a lot of things”. But there was, too often, no cover on Sunday.

“There’s going to be a hole or two from time to time, particularly when you’re as well prepared as those guys”, Tomlin said of the Bears, and I have already previously complimented their run looks that they presented. “Usually, those plays are minimized with good tackling. Those are the 6- to 8- to 11-yard gains that you might see in the running game from time to time”.

He went on, saying that “really, our biggest issue in those instances, there were several of those instances, we weren’t good tacklers. Those holes became field-flipping plays”. The Steelers allowed about 10 plays on Sunday on which a missed tackle contributed to the Bears gaining at least 10 yards.

“It was a combination of us (needing to be) more solid on the perimeter at times, good schematics by them, and when those two things occurred we didn’t do a good job of tackling”, Tomlin summarized, all too succinctly. The Steelers have a serious tackling problem, and it is one that they have to tackle. I have to tackle my bad puns, but that is neither here nor there for the moment.

Tackling issues have been a growing problem for more than the past half-decade for the Steelers defense. It seemed that things were starting to trend in a positive direction last year in that regard, but so far this season—particularly in the first and third games—the defense is providing plenty of reason to worry.