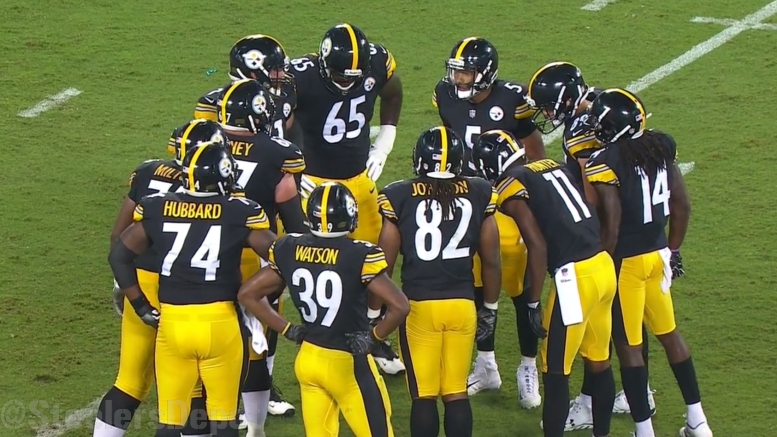 It is starting to shape up that the Pittsburgh Steelers’ backup tackle on Sunday could be first-year offensive lineman Matt Feiler, who made the opening-day 53-man roster for the first time in four years in 2017 after spending most of his past three years on practice squads. He spent two games on the 53-man roster last year after Ryan Harris was put on injured reserve.

During the game on Sunday, right tackle Marcus Gilbert suffered a hamstring injury, and he has not been practicing this week. If he does not practice today, then he is definitely not going to be playing in two days. Even if he does return to practice, it is not a guarantee that he is going to be out there.

That would leave Chris Hubbard with the starting job there, where he played in four games, starting three, in 2016, logging over 200 snaps at right tackle overall. In fact, on Sunday, he logged snaps at both left and right tackle and at tight end. I believe right guard is the only position he has yet to rep in-game.

But why Feiler? Every single one of his nearly 200 snaps during the preseason this year came at left guard or right guard. I’m not even sure if he took any practice reps there during training camp either. He has played there in years past, but he is only just now getting back to taking those practice squads.

After all, they just drafted a tackle in the fourth round last year who is on the 53-man roster in Jerald Hawkins. Why wouldn’t he get the first crack at being the backup to the backup tackle? After two weeks of no or limited participation with a knee injury, he has been a go this week.

Jacob Klinger asked that question, and Maurkice Pouncey answered. “I just think he’s recovering from that little thing that he had, but if it wasn’t for that he would be easily in the rotation”, he told the reporter. “He’s just coming off an injury. You’re not going to just throw him out there”.

Heading into the season opener, another reporter asked Hawkins if his knee injury were serious enough to possibly warrant another stint on injured reserve, where he spent his rookie season with a shoulder injury. His response was a genuine laugh.

Still, Klinger says that when he was asked whether or not he would be deemed healthy enough to dress this week, he deferred to Tomlin. If he goes through a full week of practice, however, it would be hard to imagine him not being healthy, so he could be a healthy scratch.

But will it stay that way? Now that he is back up and running, should another injury at tackle occur, would Hawkins dress over Feiler in, say, Week 13? That is the question that I would like to get the answer to.