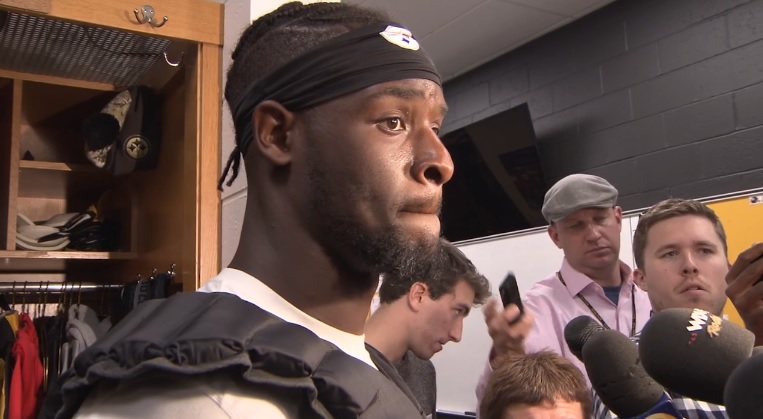 Le’Veon Bell was the best back in the league a year ago. Now, he looks downright mortal. Speaking with reporters, he said he knows he’s left plays out on the field. Maybe no more than last week, his best performance but still one below the standard.

“There’s a couple plays I look back on and I was sick about like, ‘dang, I should’ve done this,'” Bell said via Steelers.com. “I watch the film and kinda critique myself.”

Bell said he’s not been the “special player” he needs to be for the offense to go, “especially last game, I’ve been kicking myself.”

Sunday against the Chicago Bears, Bell averaged 4.1 yards per carry. But because the Steelers played catch up, he saw only 15 carries. His season average sits at 3.5, matching his rookie year output.

In theory, playing Baltimore might not be helpful but they are likely to be without big nose tackle Brandon Williams and lost another key defensive linemen in last week’s blowout loss. Bell ran for 122 yards in the second regular season matchup a year ago and the Steelers are hopeful they’ll have Ramon Foster and Marcus Gilbert back in the lineup, though optimism has waned on Gilbert.

Getting Bell more involved in the pass game wouldn’t be a bad thing either. He’s caught 13 passes but for just 4.3 yards per catch, a figure roughly half of what he averages.

It’s Steelers/Ravens, a big Week Four matchup, and Bell says he knows nothing will be easy when you have to travel to Baltimore. The Steelers haven’t won their since 2012.

“They’re loud, they’re really prideful for their team,” Bell said of Ravens’ fans. “It’s a tough environment to play in. Obviously, those guys are going to be ready to play. We gotta go out there early and match their intensity. We can’t start the game off slow.”

Winning the first quarter is a really important point he makes and something we’ll touch on later today.