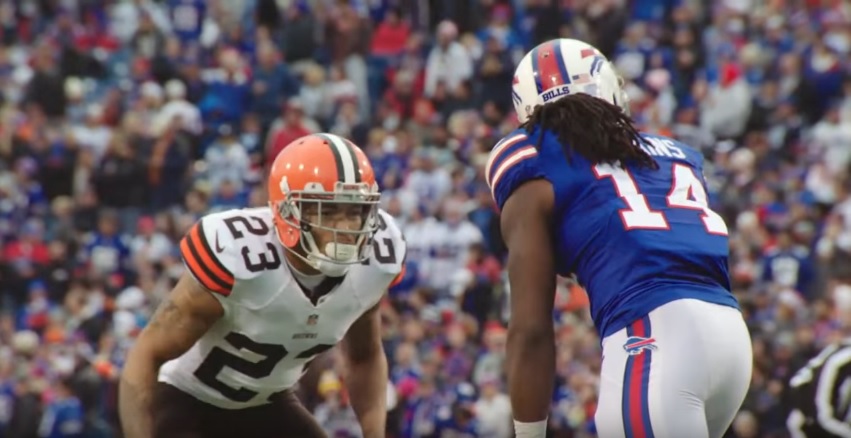 What is old is new again. That will be the experience Joe Haden has returning to Ohio on Sunday as his new team, the Pittsburgh Steelers, takes on the team that drafted him, and with whom he served loyally for more than seven years, until he was cut a short time ago: the Cleveland Browns.

Of course, the phrase is usually said with a positive connotation; in this case, not so much. Haden is still just trying to figure out who is new teammates are, where his meeting room is, the location of the weight room, the training room, and things of that nature. He can’t be worried about the fact that he’ll have to go to the visitors’ locker room now in Cleveland.

Expected to make $11 million or thereabouts for the Browns this year, the former seventh-overall pick in the 2010 NFL Draft told reporters during a conference call earlier this week that he was approached by the front office prior to this release. While he did not get into specifics, it was obviously about reducing his pay.

Haden believes he was released “because it was two years that I didn’t really play that much ball”, missing 15 games over the past two years and dealing with a number of injuries, but this season should be different.

“This year I’m expecting to be back, healthy, feeling good and ready to go”, he said. “It was just a business decision that they made that the salary wasn’t matching up to my last two years of production. That is really how they felt so they decided that they wanted to cut my salary”.

Regarding the end of his tenure with the Browns, a place where many players were happy to leave in free agency, and where many free agents don’t want to sign, Haden was loyal. “It sucks with the relationships that I had there with everybody in the entire building”, he told Cleveland reporters.

“It felt like family because I was with them for so long. It sucks, but like I keep saying, the business part of it is real. It happens”.

But now he hopes for the first time in his career to get on to the business of winning, of which the Browns only did once last year. Never in his seven-year tenure did Cleveland make it to the postseason, nor did they ever have a winning record. He is ready to be a part of that.

Reiterating his belief that he is finally healthy again after having surgery this offseason to repair multiple groin tears, the two-time Pro Bowler said that he believes he is still the best cornerback in the division, though he likely will not be asked to assume the role of the Steelers’ top cornerback.

And he’s not saying goodbye to Cleveland, either. “I still have my store there”, he said. “I have reasons to still be up there. I have a lot of friends that I have up there so Cleveland is still going to be a spot that I come to”. While he avowed that the Cavaliers are still his favorite team, however, there are at least two games a year in which he will be pulling for the Browns to lose.