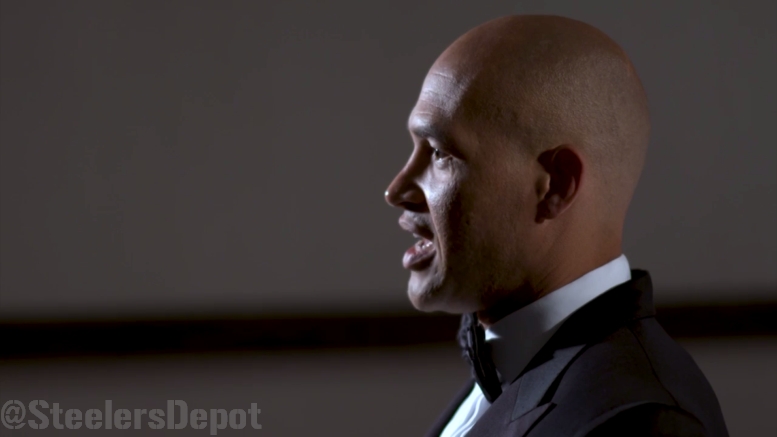 The Pittsburgh Steelers are not known for making big splashes in free agency when it comes to bringing in players from outside of their own organization.  Notable signings in that regard are few and far between, and yet they did add a pretty significant piece during the preseason by acquiring Joe Haden to start at cornerback, though he was a street free agent.

All free agents, however, pale in comparison to the importance and the impact of inside linebacker James Farrior, who for a decade steered Dick LeBeau’s championship defense to near perfection. His pairing with Larry Foote, and then with Lawrence Timmons, was the engine that had the Steelers’ greatest defense since the Steel Curtain days running.

That is why the team included him in their series of Legends interviews, which I have been covering from time to time over the course of the offseason. The Steelers just put it up on their website yesterday, and it is worth watching and reading.

“I feel like Pittsburgh, since I played here and lived here for 10 years, it was my home”, he said during the interview. “This was the place I was born to play in Pittsburgh. No offense to the Jets organization, but Pittsburgh is the place that was meant for me”.

Farrior was a top-10 selection with the Jets in 1997 and spent the first five years of his career there, but he spent most of his time playing out of position there. The Steelers brought him in on a relatively modest contract and soon transformed the defense. And the city had as big an impact on him as he did on it.

One theme that has been everpresent in this interview series is that every player from the championship teams of the 70s repeatedly talked about the brotherhood, even through diverse backgrounds, that they always shared, and Farrior’s era was no different.

“I think that is what made the difference between championship teams and losing teams, our ability to be around each other and be together”, he said. “We all treated each other like family members. It started with the Rooney family on down. We all cared about each other. That bond created that tightness on the field”.

And he sees similar qualities, and similar potential, in today’s defense. He talked about the linebackers continuing the lineage and legacy that Farrior himself was a part of, and was very complimentary of Ryan Shazier, who made his first Pro Bowl last year. Perhaps one day he will sit down for a similar interview.