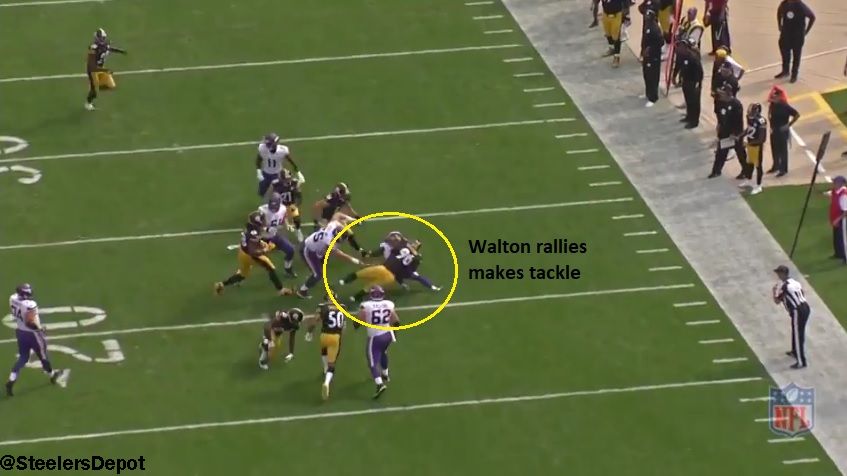 Breaking down the highlights from the Pittsburgh Steelers’ 26-9 win over the Minnesota Vikings.

– Wonder if the Steelers will throw this swing to Martavis Bryant this weekend. Left alone after the team faked a jet sweep to him. See how disciplined the Chicago Bears are. 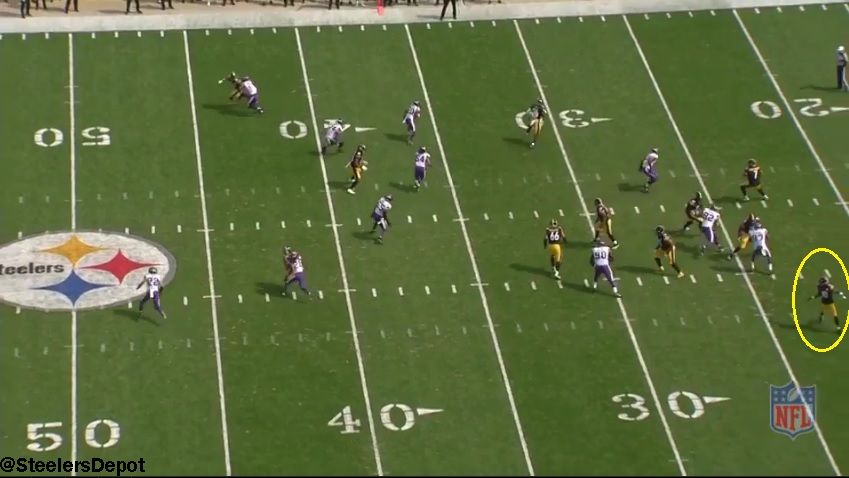 – Punt coverage. Watt-Johnson-Canaday-Matakevich-Chickillo. Nix/Davis the wings. Hilton/DHB opened as gunners though Brian Allen replaced Hilton on the left side (and did well).

– Bad job protecting on the first punt though. Miscommunication with Watt/Nix. Rusher in free. 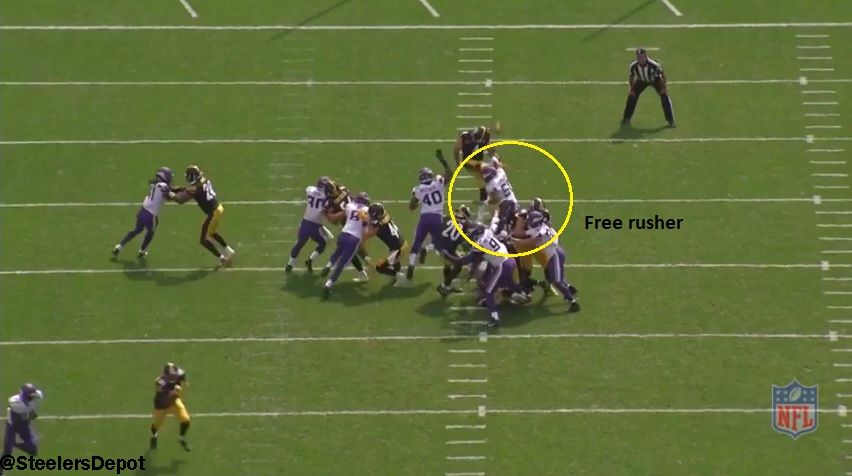 – 2nd and 20. Easy play for the secondary to “take off” but love all the hats around the ball. Mark of a willing run defense. 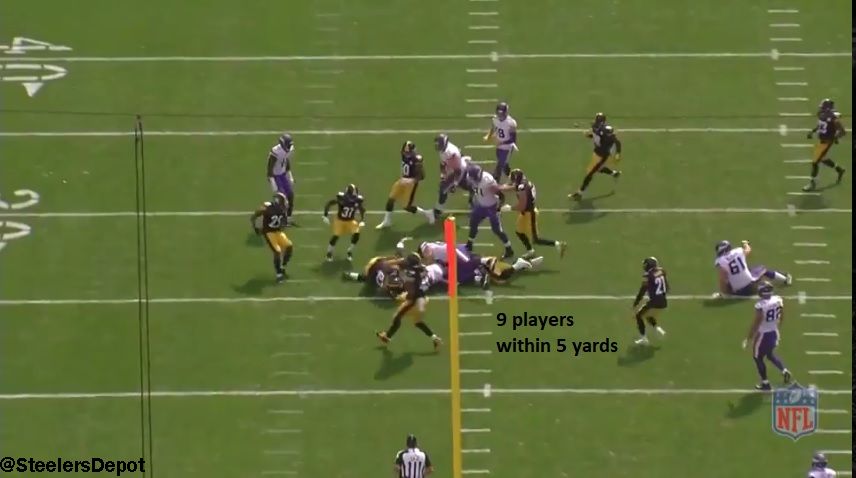 – Punt return unit. Golden/Nix/Matakevich/Chickillo/Johnson. Haden jammer to one side, Haden/Hilton to the other.

– One-gapping can have same influence as old school two-gappers. Heyward splits the double-team, both the tackle and guard try to pick him up, leaving Ryan Shazier open on the tackle.

Heyward had one of his best games ever. Dominated Minnesota.

– Another crosser burns the Steelers. Playaction sucks up the LBs, no one ROBOTS the dig to take it away. Asking too much from the corner. 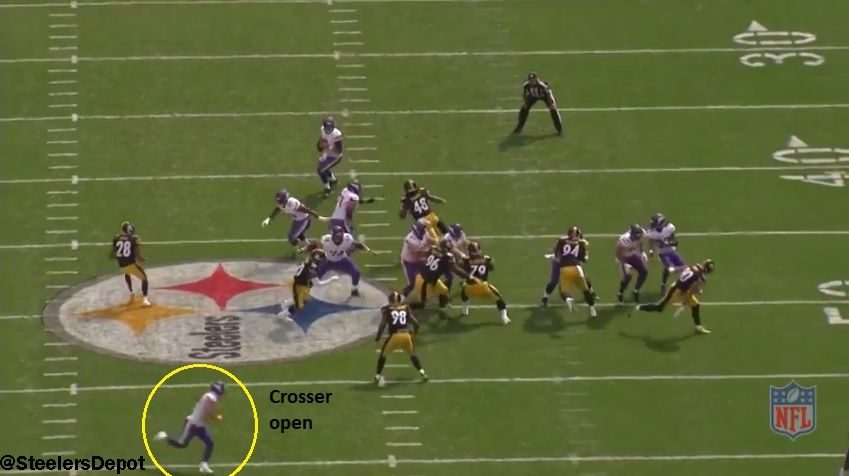 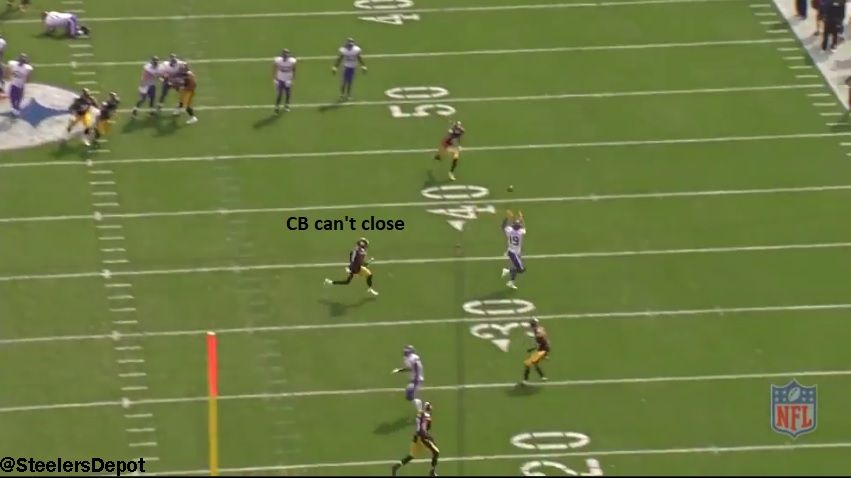 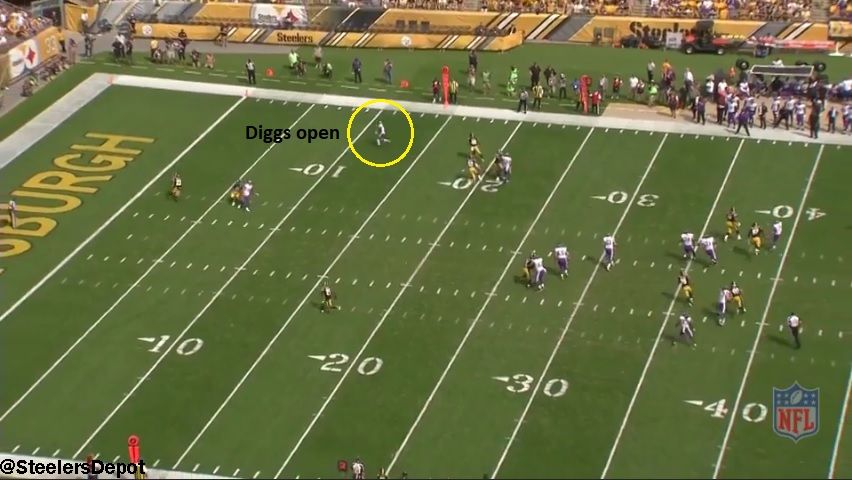 – Little hard to see but good job by Brian Allen to keep this punt return to the inside. 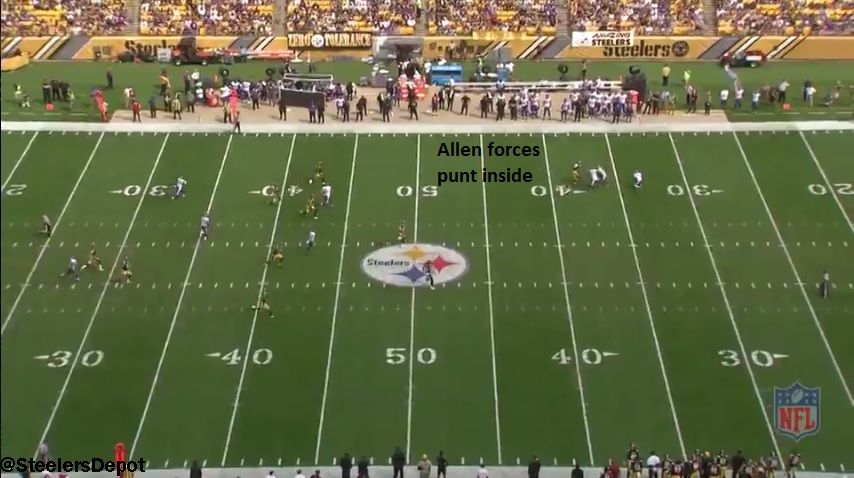 – Roethlisberger wanted to take a lot of shots deep but missed JuJu Smith-Schuster on this crosser. 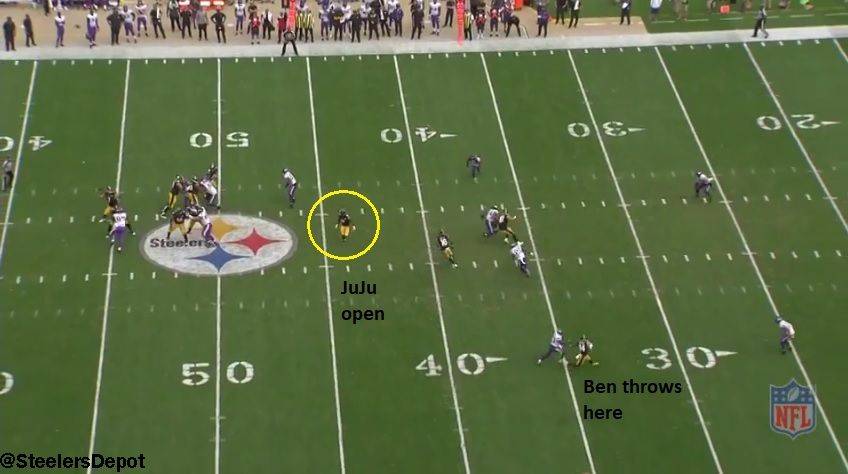 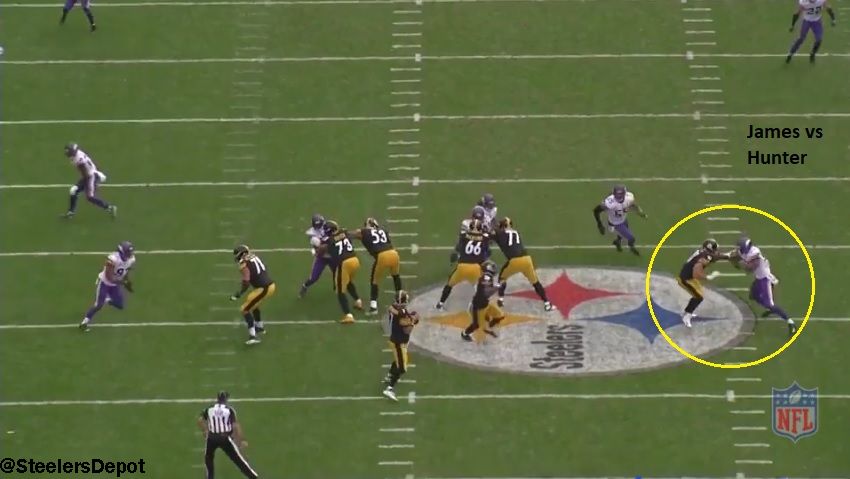 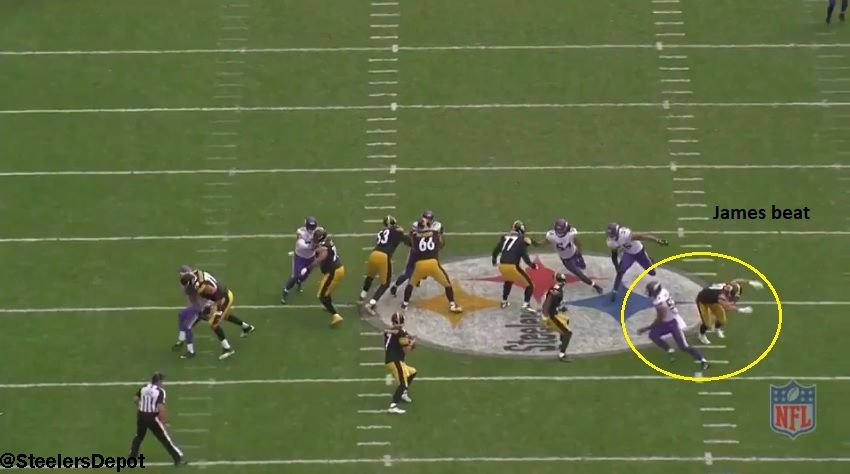 – Good hustle by LT Walton. One of the best traits of his game. 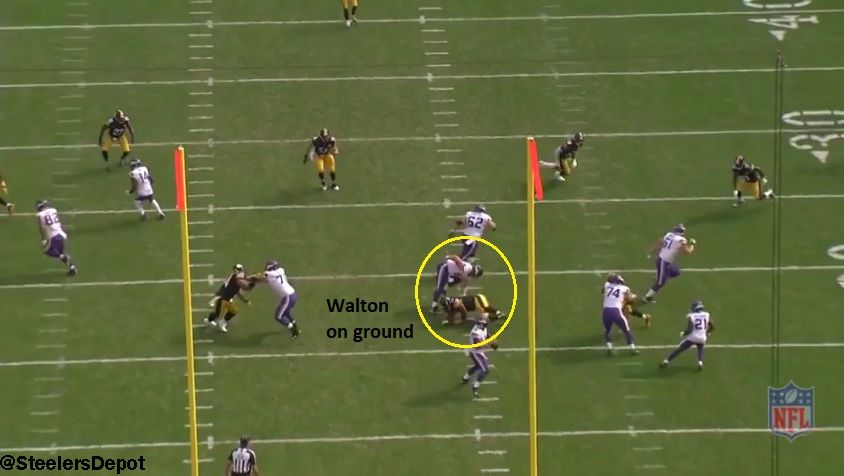 – If Bell had gotten a block on Anthony Barr, there is a LOT of running room ahead of him. Sure would’ve made that stat sheet look better. 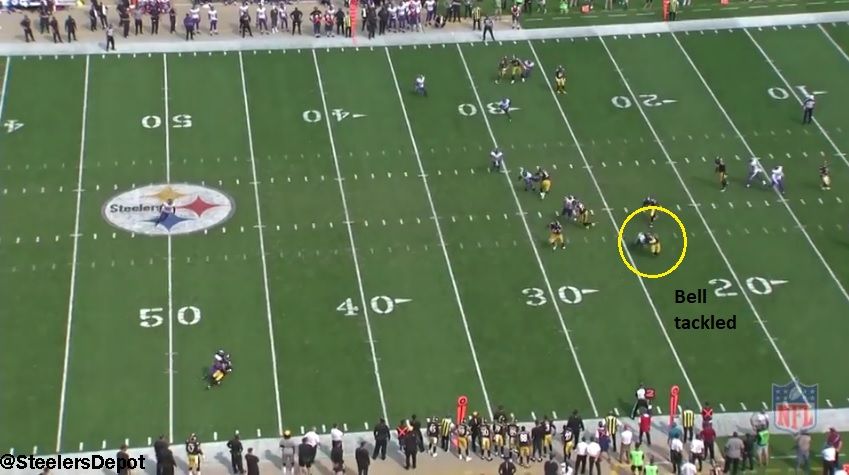 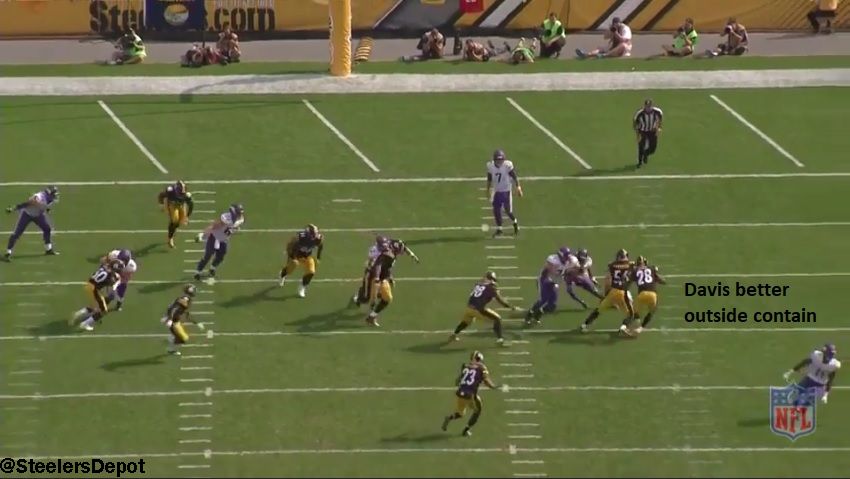 – 3rd and 20. Mike Mitchell, and he admitted this later in the week, playing too shallow. Can’t let the TE get behind you. 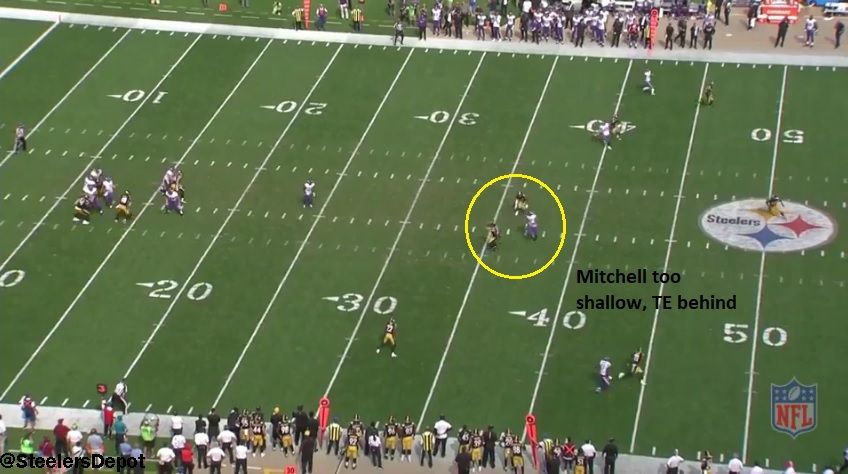 – Big open field tackle by Artie Burns. Fake playaction, fake the end around, hit the back back on the screen. Burns isn’t making that play last year. Patience to read the play, close on it quickly and finish the play. 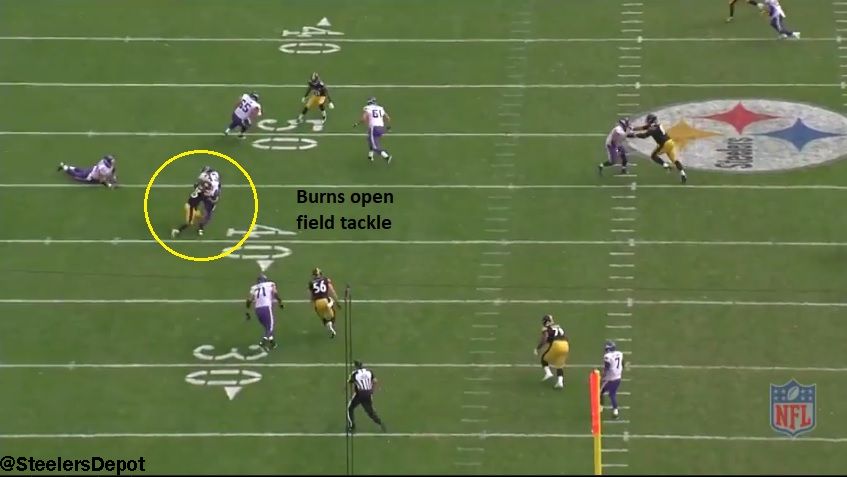