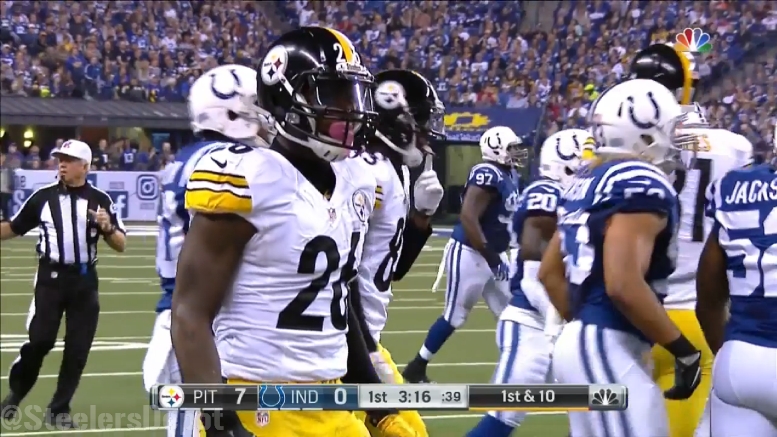 Though its been known for about a week, Le’Veon Bell has made good on his word and officially reported to the Pittsburgh Steelers facility. This comes from ESPN’s Jeremy Fowler, who tweeted this out a short time ago.

Le’Veon Bell is in the Steelers building now, source confirmed. Back to work. https://t.co/OSAPrgBwTZ

Fowler has not indicated that Bell has signed the franchise tag yet but that’s a mere formality that will happen later today.

Bell tweeted out last week he would return September 1st and confirmed it with reporters days later. We can finally turn the page on this saga that began on July 18th, the day after he and the team failed to agree on a long-term extension. Bell seemingly wants $15 million a year while the Steelers reported best offer came in around $13 million. There may have also been a gap between guaranteed money as well.

Instead, Bell will play on the one year franchise tag worth just north of $12 million. He’ll be scheduled to become a free agent after this season though the Steelers still have the ability to tag him again for roughly $14 million. Bridges that will be crossed when we come to it.

The Steelers have the weekend off, meaning Bell won’t practice with the team until Monday, the official start of Week One. Pittsburgh will play the Cleveland Browns September 10th at 1 PM.