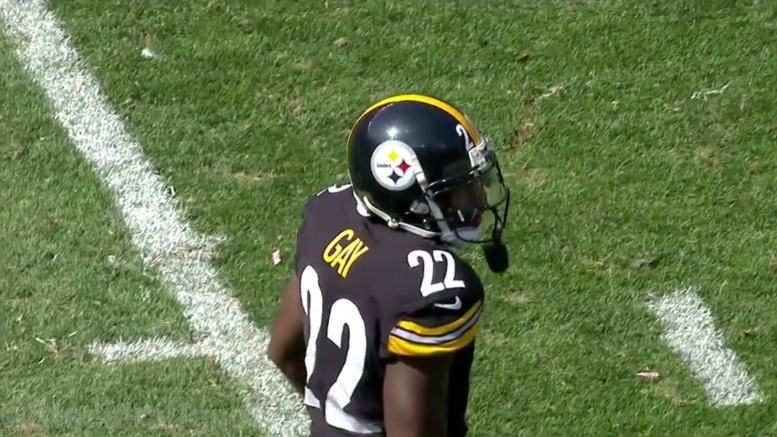 For some, there is nothing that pleases them more than to read of the demise of 11th-year Pittsburgh Steelers cornerback William Gay, who to start off the 2017 season is rotating with Mike Hilton in the slot and working as the dime back. You can be your own judge as to what the following evaluation says of him.

Early in the first quarter, Gay drew the assignment of covering rookie first-round tight end David Njoku out of the slot. Lined out of a three-point stance, Gay played him tight at the line only to see the Miami product win the outside angle and catch the contested ball thrown behind him to move the chains on third and 11. The broadcast review shows him to be closer to defending the ball than the all-22 tape would reveal due to the distance. 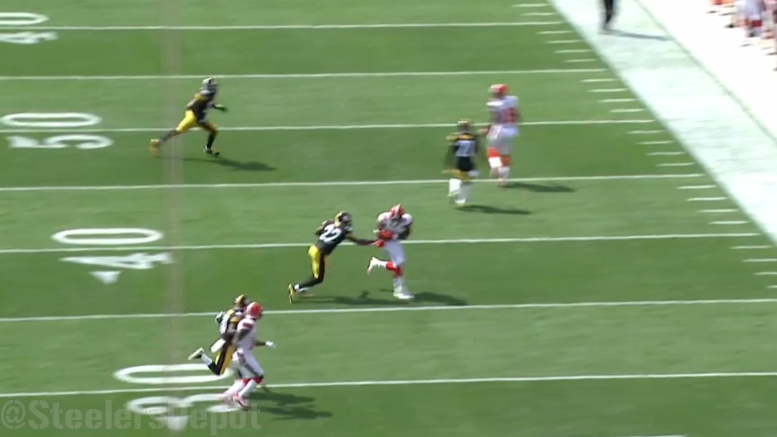 10 minutes into the third quarter, the veteran cornerback helped to blow up a screen pass to the left, reading the play immediately and only narrowly being edged away from making the tackle himself after being picked up late by the blockers. His initial penetration gave the defense the time to swarm and stifle the Browns for a five-yard loss.

Late in the third quarter, he was in coverage in the left slot out of the dime, dropping back into a zone before the snap. Eventually reading the sideline pass, he raced to the edge and hammered Ricardo Louis, preventing him from making the catch, but drawing a penalty in doing so.

But he nearly made up for it later in the drive all in one motion as he used his veteran knowledge and film study to jump a route intended for Duke Johnson that he nearly intercepted. He has done this and housed it for six a few times in recent years.

Unfortunately for him, he drew an impossible assignment in defending a fourth-and-two play two snaps later, hovering behind the defensive line pre-snap with the expectation of carrying Seth DeValve, the tight end, who raced to the flat. Gay nearly got picked, but he never would have gotten there in time anyway.

Finally, late in the game, with the Browns at the 11-yard line, Gay made his mark in the running game, managing to upend the running back pouncing through the gap and chopping him just above the knees. The back flew over him and landed for just a one-yard gain.

There was some good and some bad in here, but the bad really wasn’t so bad, and can be partly chalked up to the improbability of succeeding in the given assignment. He may not be a starter anymore, but Gay certainly is not going anywhere just yet.