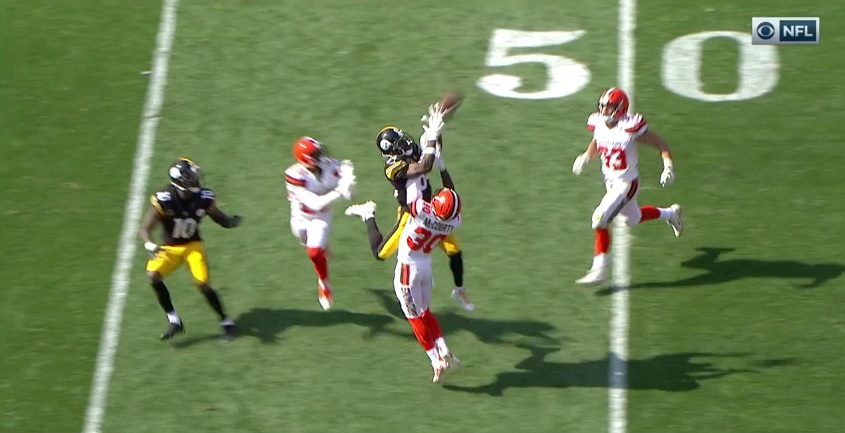 It’s fair to say Todd Haley didn’t call a great game yesterday. It’s very fair to say the Pittsburgh Steelers severely underperformed. The one thing that went right? Antonio Brown, who manages to sidestep every negative factor that doesn’t have the word “Vick” on the back of its jersey.

But that performance was partially created by scheme. I’ve been critical of Haley for not being creative enough with Brown in the past. But today, where nothing else went right on offense, he was used properly. The Steelers consistently put Brown in stacked looks to give him free releases off the line, not allowing an aggressive Gregg Williams’ coached defense to roll up and press/bracket the Steelers’ top receiver.

On six of Brown’s 11 targets (he caught them all), he was lined up in a stacked formation with another receiver. Let’s look at all those examples. 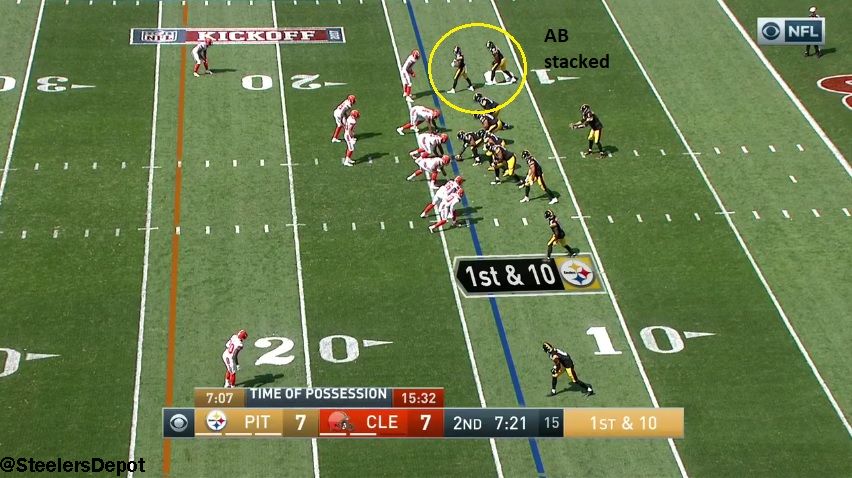 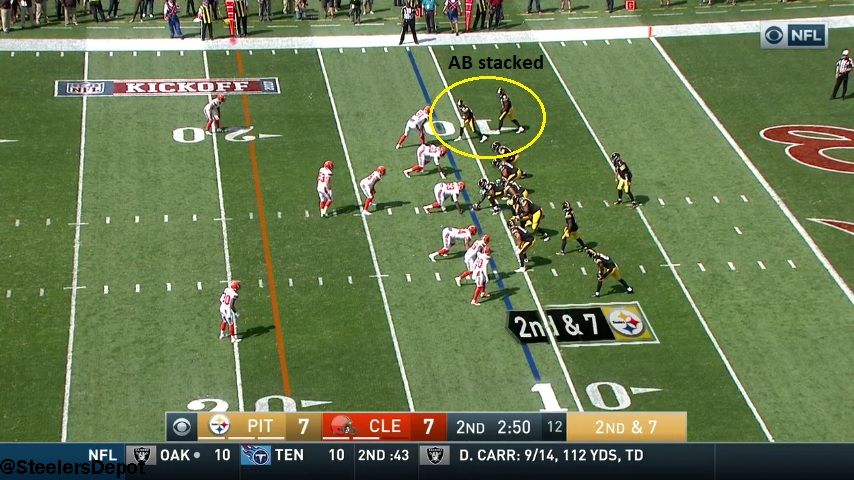 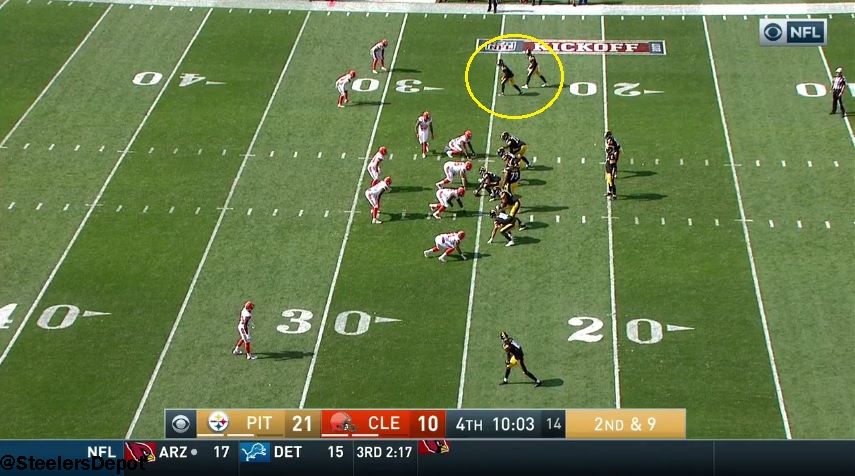 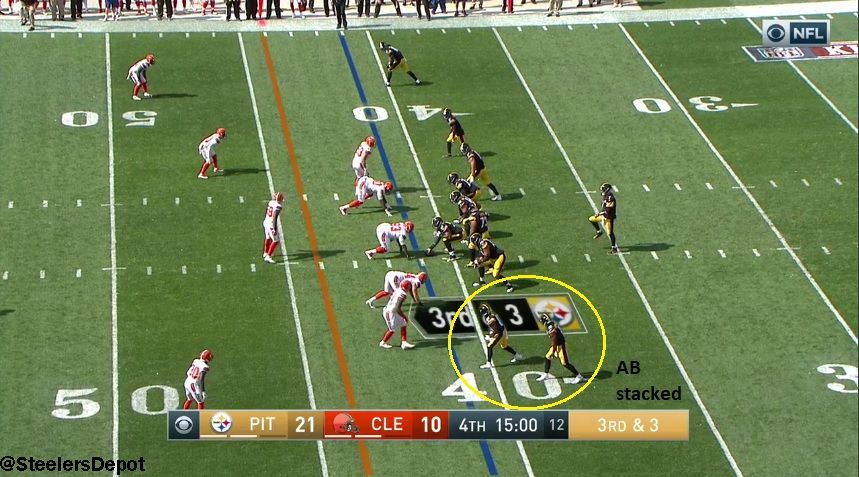 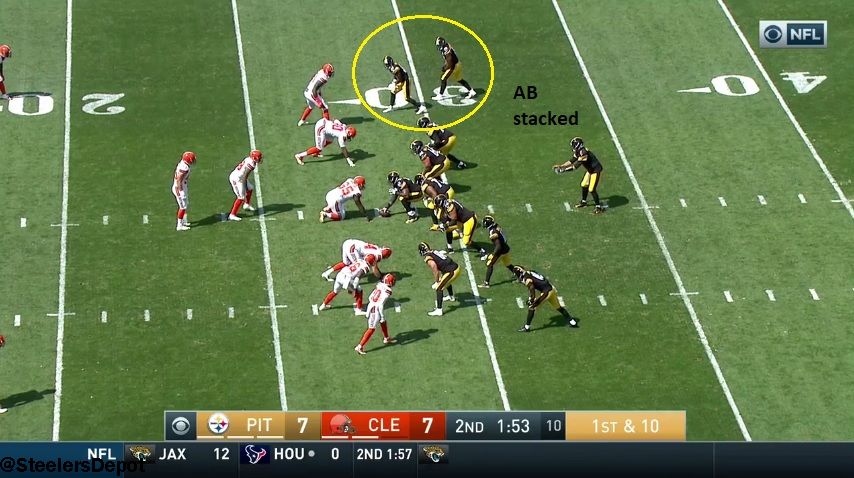 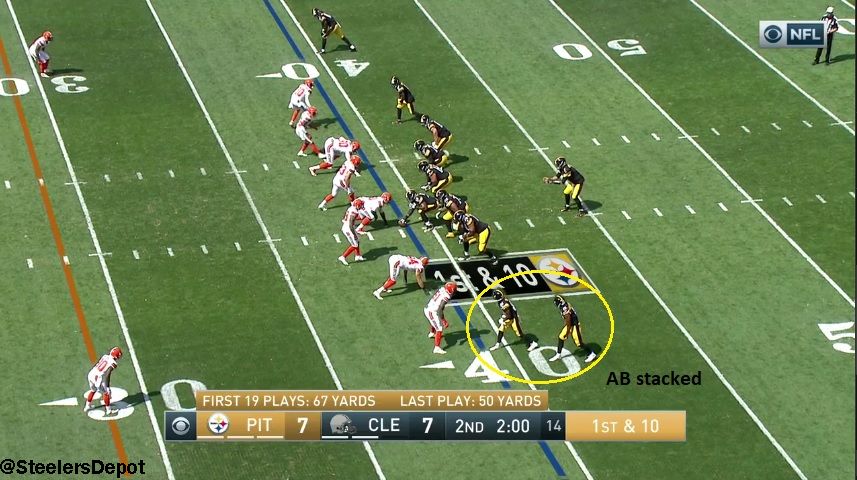 Each time, this allowed Brown to have a free release off the line. He wasn’t pressed, jammed, and the whole route tree opened up with no cornerback using leverage to take anything away. Remember, when the Miami Dolphins took him out of the game last year, Brown was almost always split out wide, allowing the corner to play inside shade and force an outside released to the sideline.

In the stack, the split is reduced and freed up. Brown in space is a dangerous thing.

Here’s one example. Stacked to get a free release. Brown runs a slant and the corner, forced to play off, is unable to drive on the route. Easy pitch and catch for him.

That’s a good sign for Brown going forward. If everything else can work just a fraction as well, the Steelers’ offense will be back on track this Sunday vs Minnesota.