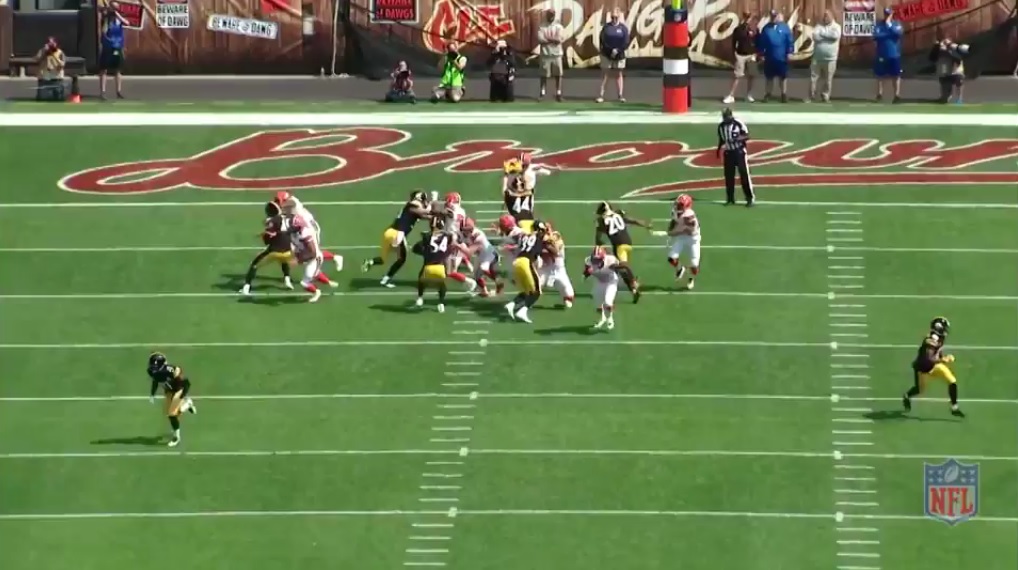 Special teams, despite how often they’re overlooked and minimized by new league rules, still starts every game. Every one begins with a kick and their importance shouldn’t be forgotten. If you did, your memory was quickly jogged Sunday afternoon. The Pittsburgh Steelers first points of the season came on Tyler Matakevich’s blocked kick, scooped by Anthony Chickillo in the end zone.

What happened and how did Matakevich bust through free for such a seemingly easy block? As usual, the answer lies within miscommunication.

It’s not often that someone flat out loses on a block and gives up a punt block. There’s too much space for rushers to cover, punts are down-to-the-millisecond in their operation, and frankly, you have to hope for a little bit of luck, too. So when blocked punts happen, there’s usually a breakdown that allows a free rusher a clear path to the punter. It happened to the Steelers last year against the Baltimore Ravens, one of their lowest points of the season. All because of miscommunication.

Similar went down Sunday. There was miscommunication between the Browns’ long snapper and upback. Pre-snap, it’s the upback’s (also called the personal protector and QB of the punt team) to identify how many threats there are, set the protection, and initiate the snap.

The Steelers show an overload look pre-snap. Five to the left, three to the right. 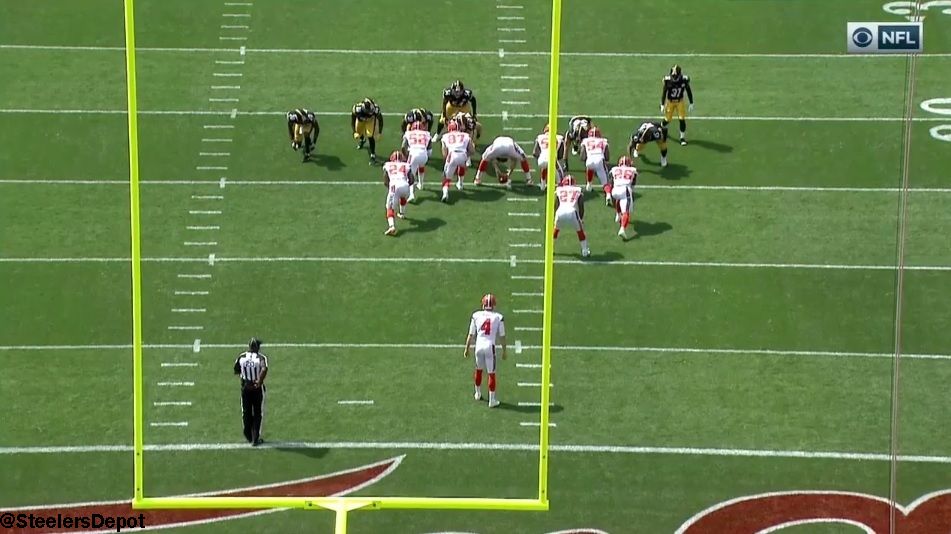 On the snap, Matakevich shoots hard into his A gap with L.J. Fort scraping over into the other A gap. The Browns’ long snapper peels off Matakevich to pick up Fort, under the assumption the upback is going to trade off and pick Matakevick up. But he also looks to pick Fort up, crucially leaving Dirty Red uncovered and free up the A gap. 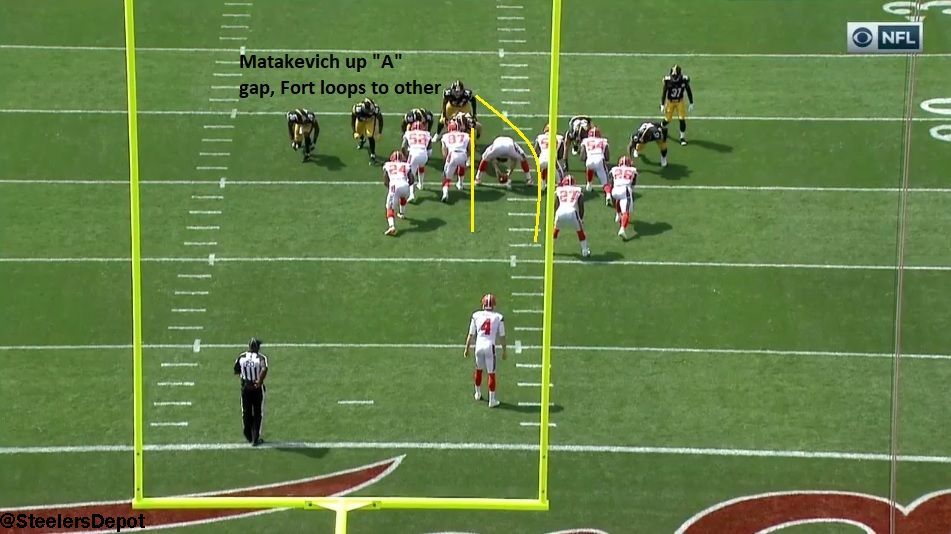 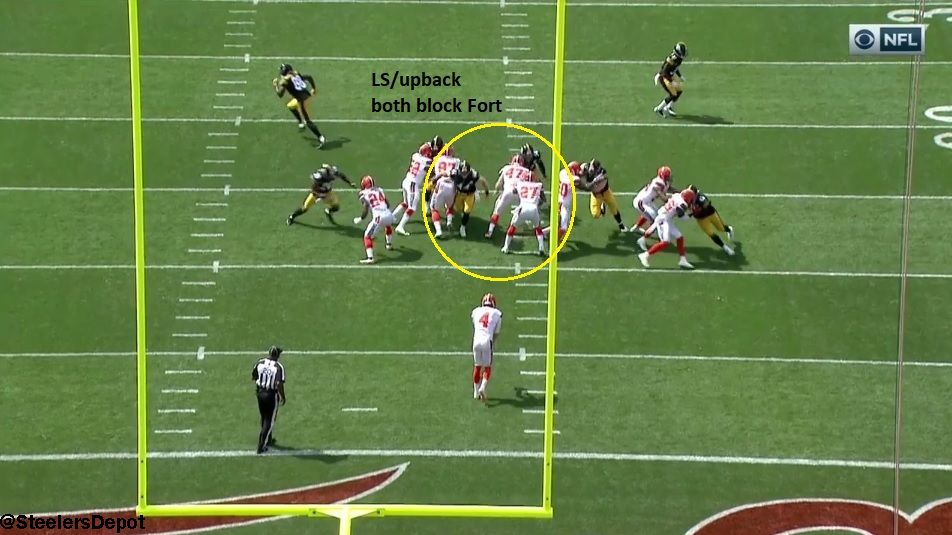 From there, it’s all about making the play. Good job by Matakevich to time his jump, keep his hands tight together, and avoid contact with the punter (though any block negates a penalty). Ball flies backwards into the end zone, takes a good bounce, and Anthony Chickillo recovers. 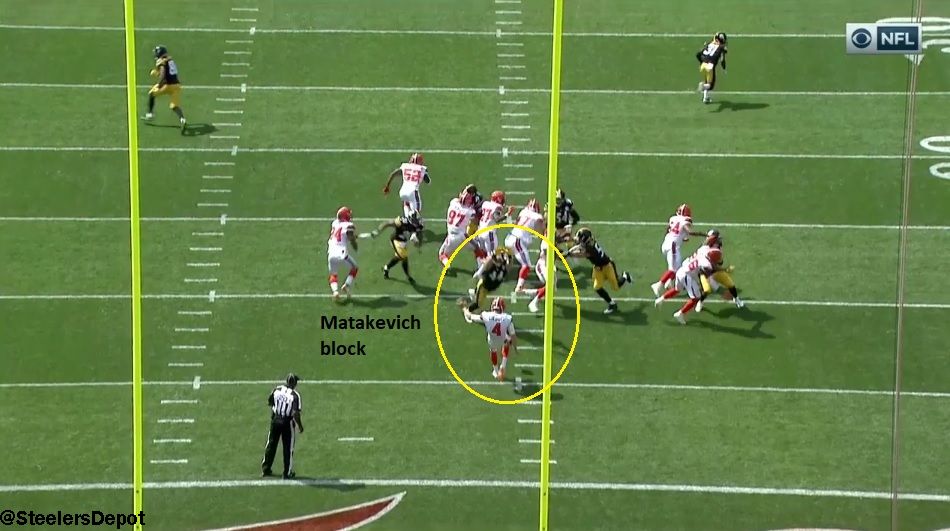 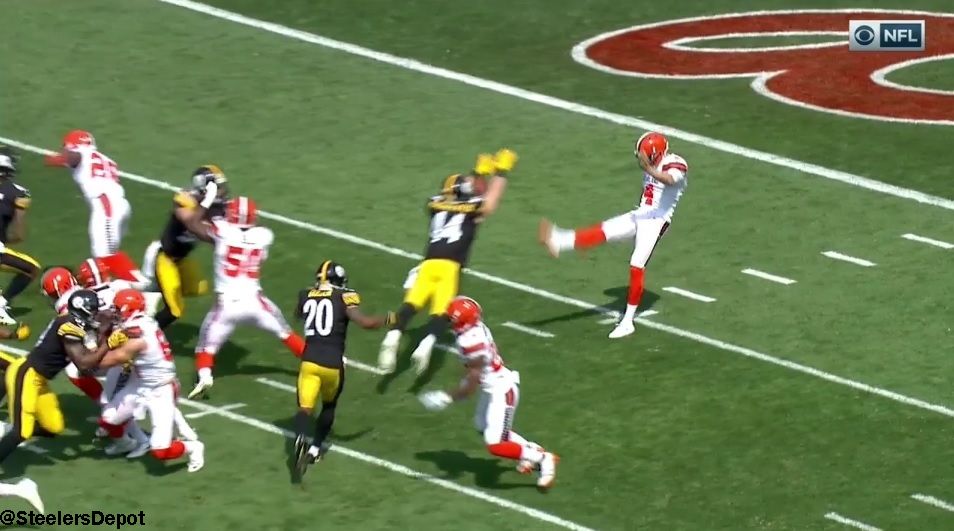 That’s the difference in the game. It gave Pittsburgh some rope while the offense slipped on a banana peel until right before the half.

And why someone like Robert Golden is important. As a safety, his preseason was pretty bad and most fans wanted him cut. But he plays a vital role as the upback. Cutting him – along with Knile Davis and Fitzgerald Toussaint, the other two candidates – would’ve left the Steelers vulnerable to something like that. Like good cell service, you don’t know how valuable something is until it’s not there. That’s an upback. And for the Browns, a defining moment as to why they walked away with another loss.