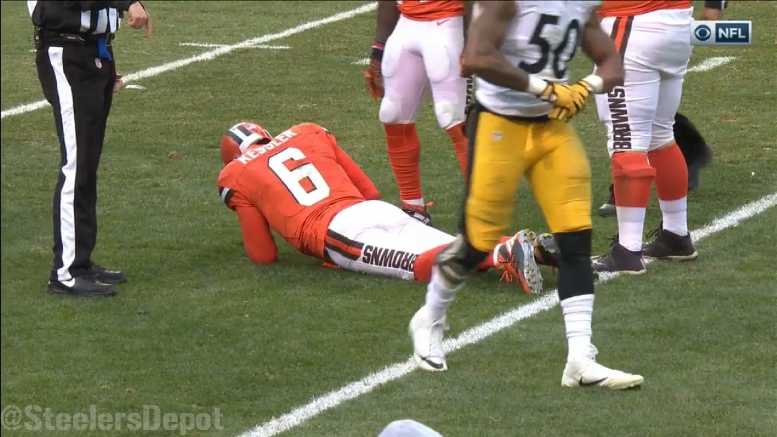 Many assumed when the offseason began that the Cleveland Browns would enter the 2017 regular season with Cody Kessler as their starting quarterback if they did not draft one with the first-overall selection in the draft. They did not, instead waiting until round two to draft DeShone Kizer, but the raw rookie showed the coaches enough to have faith in him, and to give him the job.

Despite the fact that the organization subsequently released Brock Osweiler after losing the starting quarterback competition, when the Browns take the field tomorrow, Kessler is not even going to dress, as Head Coach Hue Jackson plans to have fellow second-year quarterback Kevin Hogan serve as the backup over him.

Kessler, a third-round pick a year ago, entered his rookie season as the third-string quarterback behind the newly-signed Robert Griffin III and the previous’ year’s primary starter, Josh McCown, but he was starting by the third game of the season after the former went down in the first game, and the latter in the second.

Kessler went on to play in nine games and start eight. While he did not throw many touchdowns, he shows good accuracy and ball security, and many envisioned him as a sort of a safe option with the potential to develop. But at the moment, it appears that he will be entering his second year as he did his first: sitting on the bench as an inactive.

Hogan was an undrafted free agent out of Stanford a year ago in the same class as Kessler. He saw action in four games in 2016, completing 14 of 26 pass attempts for 104 yards with no touchdown passes and two interceptions. But he also ran for 105 yards and a touchdown on eight carries, mobility obviously being one of his strengths.

During the 2017 preseason, the second-year quarterback completed 21 of 32 pass attempts for 269 yards for three touchdowns and no interceptions, adding nine runs, though for just 18 yards. The majority of his playing time came in the final preseason game.

It certainly would not appear that this decision on the backup is set in stone, though, based on Jackson’s tone. Are the Browns really going to have a two-dogs, one-bone situation with their backup quarterback position?