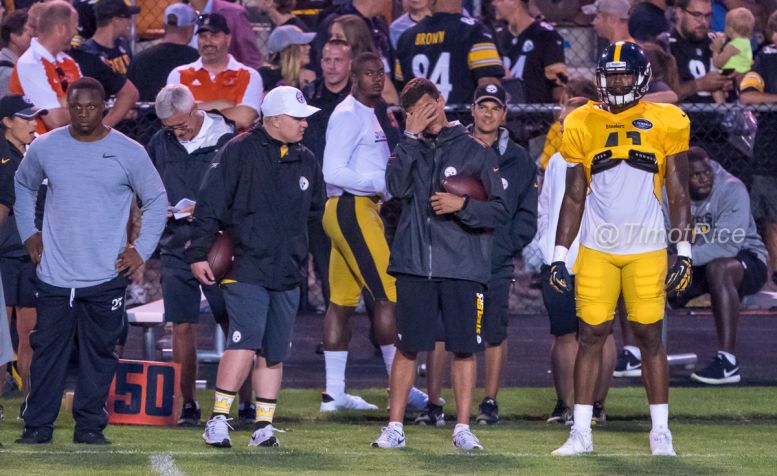 Pittsburgh Steelers second-year cornerback Artie Burns suffered an undisclosed lower body injury during the team’s annual Friday Night Lights practice at Latrobe High School and while head coach Mike Tomlin didn’t seem to be too concerned about it later that evening during his talk with the media, the Miami product failed to practice on Saturday at Saint Vincent College.

After Saturday’s practice ended, Tomlin was asked if there’s any kind of update on Burns.

“No there’s not,” Tomlin said. “He got examined today. I hadn’t had the details of it, but just from visiting with him, he appears to be in pretty good spirits. So, hopefully it’s minor and a number of days like we discussed yesterday, but I dont have anything definitive.”

Burns is one of several cornerbacks now sidelined because of injuries as Cameron Sutton (hamstring), Senquez Golson (hamstring) and Greg Ducre (undisclosed) are also not currently practicing. The shorter lines at that position group resulted in the Steelers signing free agent JaCorey Shepherd ahead of Saturday’s practice and he was spotted working with the third team defense during the session.

On the surface, it appears as though Burns won’t be practicing the next few days and we’ll have to wait and see if he’s able to make it back on the field next week and ultimately play in the team’s Friday preseason opener.