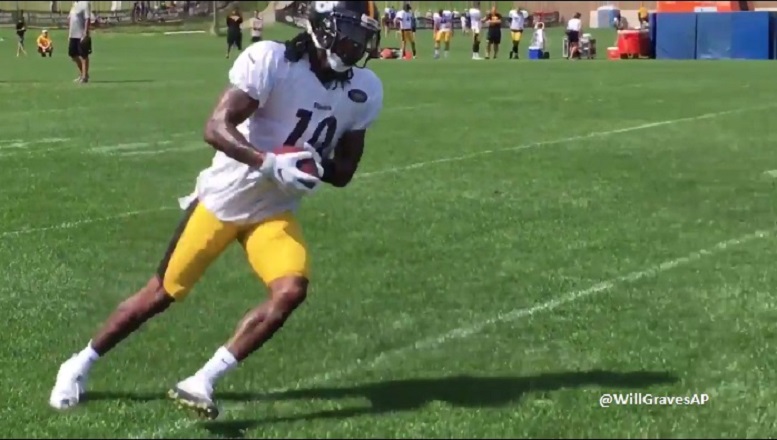 The Pittsburgh Steelers released their second depth chart of the preseason on Wednesday and while it includes a few minor things worth noting, the biggest takeaway is the list of players who are still not included on it due to them currently being unable to participate in practices.

Of that list of players, it will be interesting to see if Sutton resumes practicing fully on Wednesday as he appears to be close to doing so.

Omitted from that list this time around is rookie running back James Conner and he’s now listed as the team’s fourth running back behind Fitzgerald Toussaint, Knile Davis and Terrell Watson. Conner is expected to make his NFL debut Sunday night in the Steelers second preseason game against the Atlanta Falcons.

Wide receiver Martavis Bryant debuts on the team’s depth chart as the starter opposite Antonio Brown now that he’s allowed to resume practicing again. Fellow wide receiver Sammie Coates, who was removed from the team’s PUP list on Wednesday, is listed behind Brown.

Steelers head coach Mike Tomlin is expected to address the media on Friday to preview the team’s game against the Falcons and at that time he’ll likely let us know a few players who won’t play in that game. 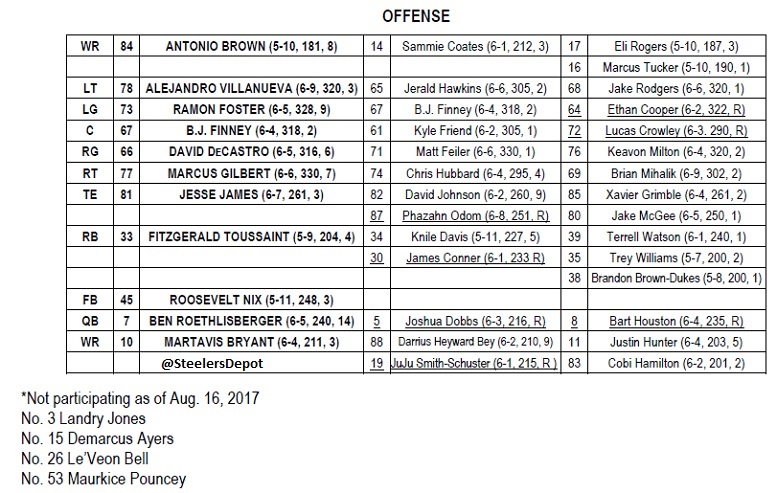 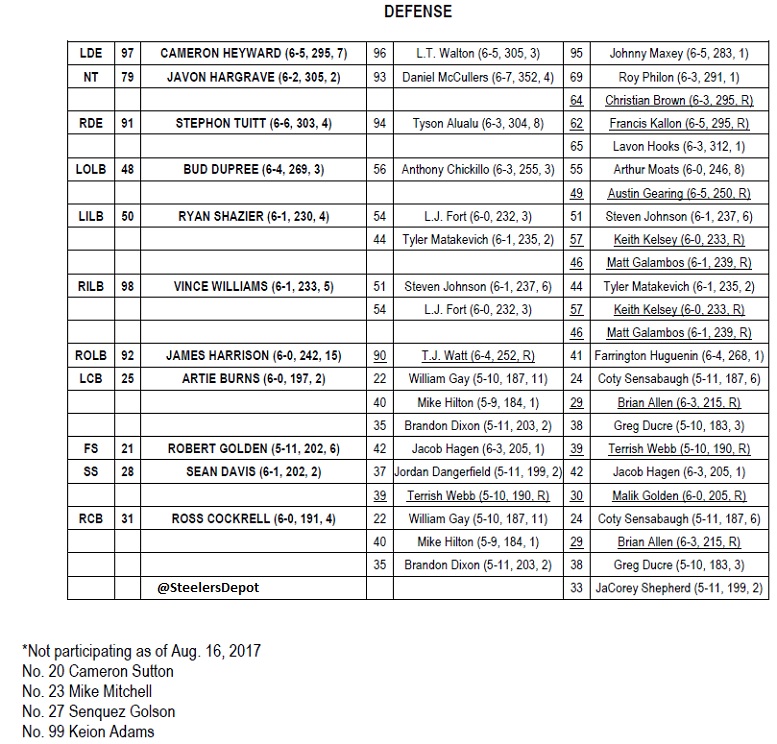