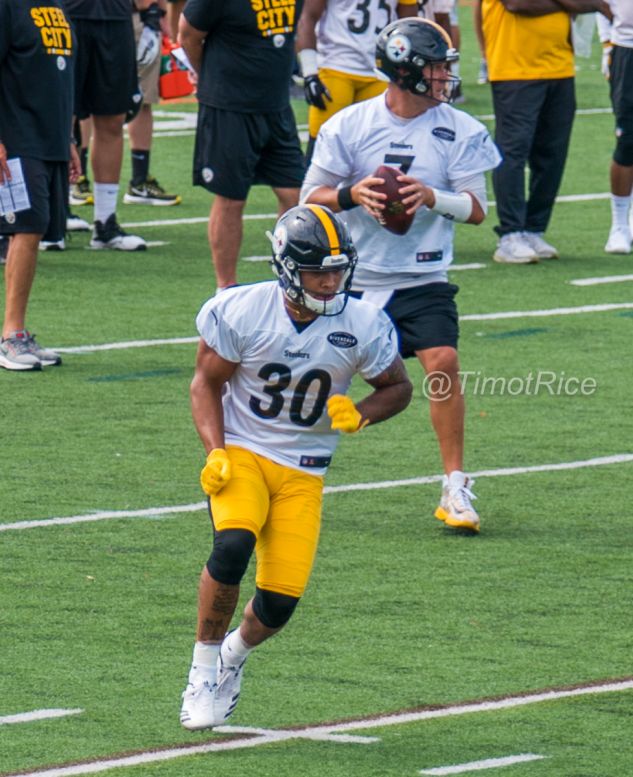 The recent shoulder injury suffered by Pittsburgh Steelers rookie running back James Conner was further examined in Pittsburgh on Monday and according to a report by Gerry Dulac of the Pittsburgh Post-Gazette, it was deemed not be serious.

Dulac goes on to say that Conner could return to practice later this week. Conner had suffered his injury during the team’s first padded practice of 2017 on Sunday and has had his left shoulder in a sling ever since. The Pittsburgh product had performed well in the backs-on-backers drill early that day.

As for the hamstring injury suffered Sunday by cornback Senquez Golson, Dulac reports he’s expected to be sidelined longer than Conner. Like Conner, Golson, the Steelers former second-round draft pick out of Mississippi, was sent to Pittsburgh Monday for further examination.

The news on Golson obviously isn’t great when it comes to helping his chances of making the 53-man roster this year. He has yet to make it through a full padded practice since being drafted. His rookie season was wiped out by a shoulder injury while his 2016 season ended last year during training camp due to a foot injury.