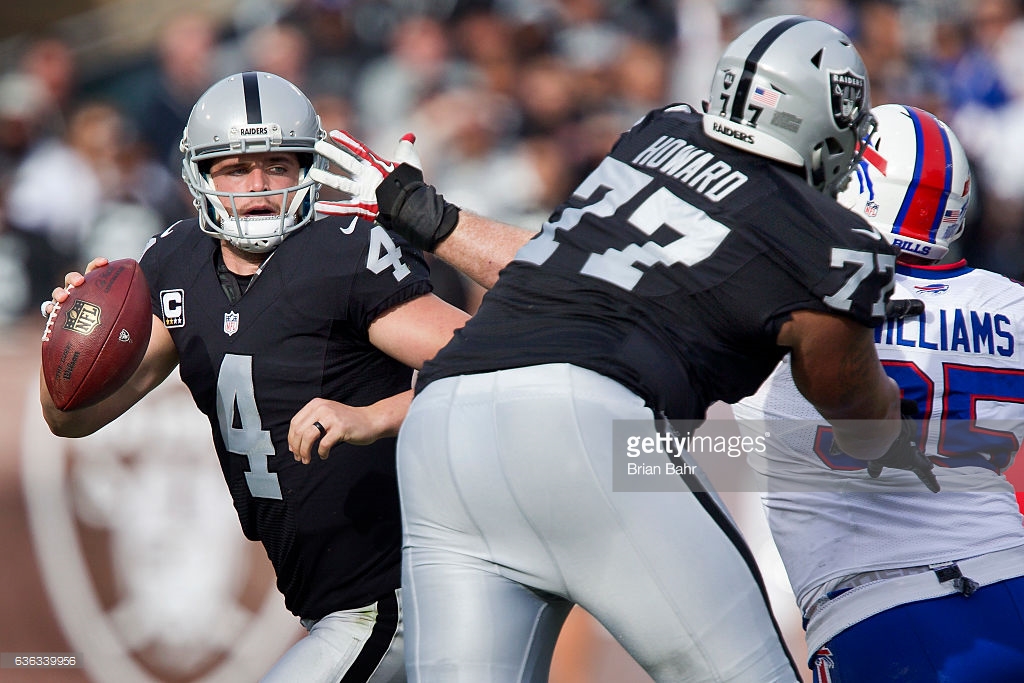 There must surely be days in which the Baltimore Ravens are sailing on a ship that is doomed to sink. They try to plug one hole and another one appears. That is what has happened along the offensive line over the course of the past two weeks, in particular, during which they signed one presumed starter, only to lose another.

Having already lost or parted with two of the five offensive linemen that served as their primary starters during the 2016 season, the Ravens had not done much to fill the holes left in the starting lineup, even if they did use a pair of draft picks in the middle rounds on linemen.

One of them, Nico Siragusa, has already been lost for the season, however, and another potential starter in John Urschel retired. The hope was that veteran swing tackle James Hurst could take the next step into the starting lineup, but, perhaps due to a lack of encouraging signs on that front, the Ravens went out and signed Austin Howard to take over at right tackle.

But in the meantime, the team also ended up losing second-year lineman Alex Lewis to a season-ending injury. The fourth-round draft pick started for most of his rookie season, and was expected to be the left guard this year.

With Howard finally actually on the field practicing more than a week after he had been signed—he had offseason shoulder surgery—Hurst has now reportedly been working at that left guard position, potentially as an option to start there.

The fourth-year veteran did log a good deal of snaps working inside during the preseason a year ago, and even played a small handful of snaps there during the regular season, but he has no significant experience as an interior player.

But the Ravens simply have so few viable options that it may prove to be the least-worst available to them. Frankly, it’s hard to imagine where they would be right now if they had not at least managed to bring in Howard to fill in one of what proved to be three holes on the line.

With Hurst competing for the left guard position and another fourth-year reserve, Ryan Jensen, angling to take over the starting spot, the Ravens at least have a pair of players who know their system and have had experience starting in the system, even if in one case it might be at a somewhat unfamiliar position.

Still, going from Lewis and Jeremy Zuttah a year ago to Hurst and Jensen—and from Rick Wagner to Howard—does not signal a step forward for Baltimore’s offensive line, or for Joe Flacco, bad back and all.