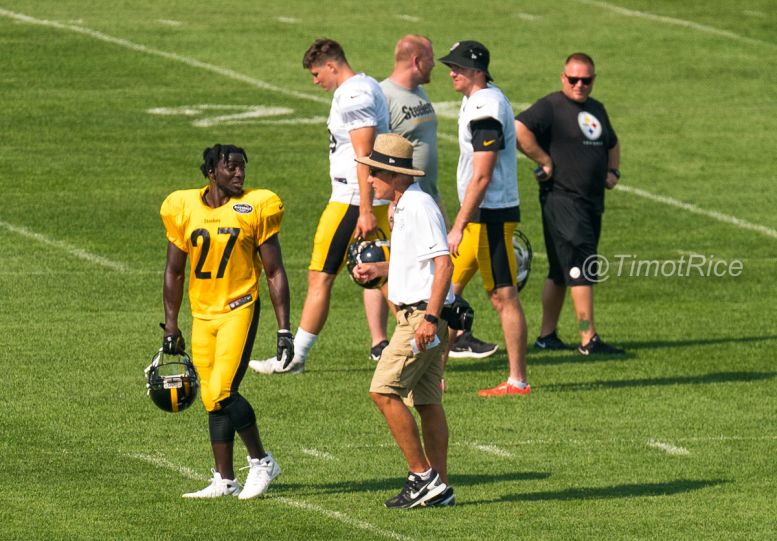 According to a source, the Pittsburgh Post-Gazette reported on Tuesday that the expectation is third-year cornerback Senquez Golson is likely to miss at least this week in practice, although there was not a great deal of clarity beyond that. Still, it is significant enough to have the faithful panicking about him being snake-bitten once again.

I’m not in such a hurry to jump the gun. While they did send him back to Pittsburgh to get his hamstring injury evaluated, that does not mean that his chances of making the 53-man roster are extinguished. As long as he plays up to his capabilities when he does return to the field, he will have as good a chance at making the roster as anybody that is not already guaranteed a spot.

It is true that the Steelers have been sending harsh messages his way all offseason. General manager Kevin Colbert said back early in the offseason that they didn’t know if they could count on him because you never know what a cornerback is going to look like coming off a foot injury, especially two years out of football.

Others have made comments as well, including his position coach, Carnell Lake, who effectively said that he is going to have to earn his keep on special teams. Coincidentally enough, he ended up going lame while working as a gunner during practice on the punt coverage unit.

I can’t help but recall the rookie season of Cortez Allen, the tall cornerback out of The Citadel drafted in the fourth round of the 2011 NFL Draft, the first season under Lake as the defensive backs coach. He dealt with multiple injuries during his inaugural training camp, and many figured he would not make the team.

He was, after all, a very raw rookie who was expected to be a project. Even though he was a fourth-round pick, he was not necessarily all that valuable, especially considering they also drafted a cornerback in the third round.

But he was able to return to practice in advance of the fourth preseason game, and to play in that game. He was able to show enough in that final game to convince the Steelers that they should keep him on the 53-man roster, and he did. Just that handful of snaps in one preseason game was enough for the coaches to keep him.

The cornerback stable at the time included Ike Taylor, William Gay, and Keenan Lewis as the starters, with Bryant McFadden as a veteran reserve, Curtis Brown as a rookie third-round pick who was going to make the roster by default, and special-teams ace Anthony Madison. They had depth that year. But they kept him.

In other words, I think it would be exceedingly premature for anybody to start writing Golson off just because he might miss a week or two of training camp. There is still plenty of time for him to redeem himself if he is really good enough to help this team. And it’s not as though there were reports of him embarrassing himself in practice.